Dom Sibley completed his patiently compiled century and Ben Stokes was close to three figures himself Friday as they extended their unbeaten partnership to 183 runs and pressed home England’s advantage over the West Indies by lunch on day two of the second test at Old Trafford.

England was 264-3 at the end of a wicketless first session in which the hosts added 57 runs in 26 overs — the kind of rate that took test cricket back to the old days.

Sibley beat Stokes in their painstaking crawls to the milestone, bringing up his second test hundred with a straight drive for three runs about 10 minutes before lunch. 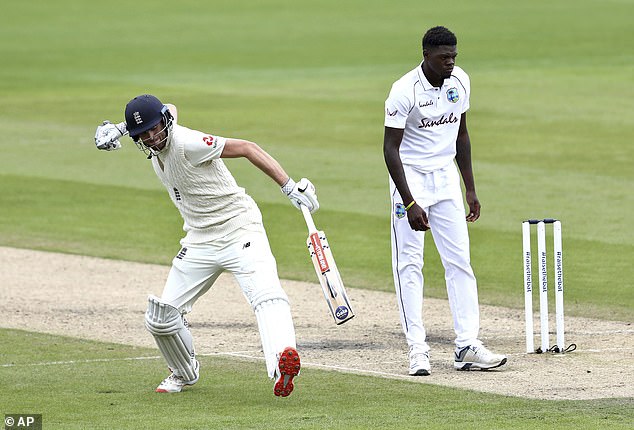 The opener gave a big fist pump to celebrate his 312-ball century, England’s fifth slowest since 1990, and was 101 not out at lunch.

Stokes was unbeaten on 99 off 252 balls and was being just as measured in his approach with the ball moving around in Manchester.

England was meandering along at a run rate of 2.44, with the leave often being the shot of choice, especially for Sibley.

Nahaarr up for the Stewards' Cup at Goodwood

Labuschagne’s ton leaves Langer in awe, but no guarantee of T20 spot

Caspian Prince rolls back the years at Newcastle

Morphettville Parks preview: Phillips Stokes has grand plans for Oaklands Plate contender Instant Celebrity
Jofra Archer: What next for England and their pace bowler?
Best News
Recent Posts
This website uses cookies to improve your user experience and to provide you with advertisements that are relevant to your interests. By continuing to browse the site you are agreeing to our use of cookies.Ok