A remarkable performance with the ball by Will Jacks booked Surrey a place in Saturday’s T20 finals day for the first time in six years.

The 21-year-old Jacks, better known for his top-order hitting, opened the bowling with his off-breaks and knocked over Kent’s powerful top four of Daniel Bell-Drummond – the tournament’s leading run-scorer – and three England batsmen in Zak Crawley, Joe Denly and Sam Billings.

By the time Jacks, who previously boasted a career record of six T20 wickets in 33 matches, had finished his spell of four for 15, Kent were 54 for four – and well behind the rate as they chased 170 on a sluggish pitch. They finished on an underwhelming 113 for seven. 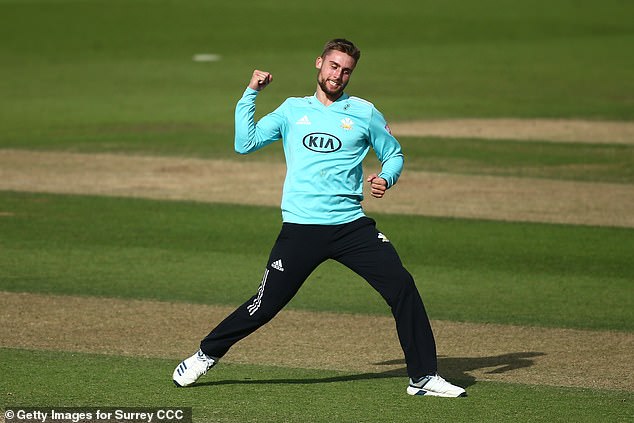 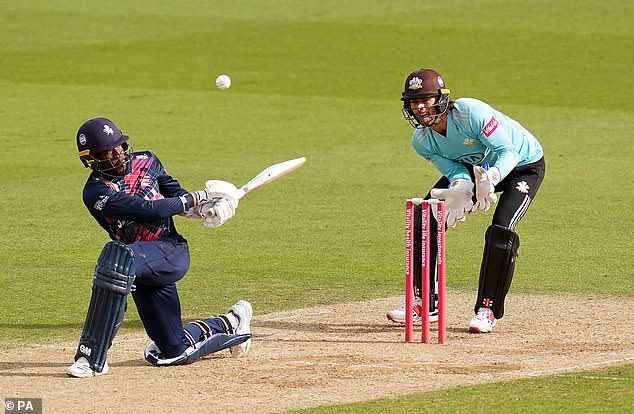 ‘I didn’t come here today expecting to take any wickets, let alone four,’ said Jacks. ‘We knew how good their top order is – they’re incredible players. It’s just brilliant to get all four.’

Earlier, he had contributed an unbeaten 23 to Surrey’s 169 for two. But the spadework was done by Jason Roy, who put a patchy season behind him to hit 56 off 42 balls, and South African veteran Hashim Amla, who made 73 not out off 53. Their opening stand of 114 was one more than Kent would manage in total, and more than enough to secure their eighth T20 win in a row.

But Kent believed Roy should have been given run out the ball before he was dismissed by slow left-armer Imran Qayyum, leading to a clear show of displeasure from Billings, their captain. He was spoken to by the umpires, and later hit with a Level 1 Code of Conduct breach.

Billings said: ‘It was a quarter-final and you’ve got two international batsmen going at 10 an over. You’re captain and it’s a decision that you feel has gone completely the opposite way. I’m not saying I reacted correctly. I accept the Level 1 absolutely. But we’re all human at the end of the day. 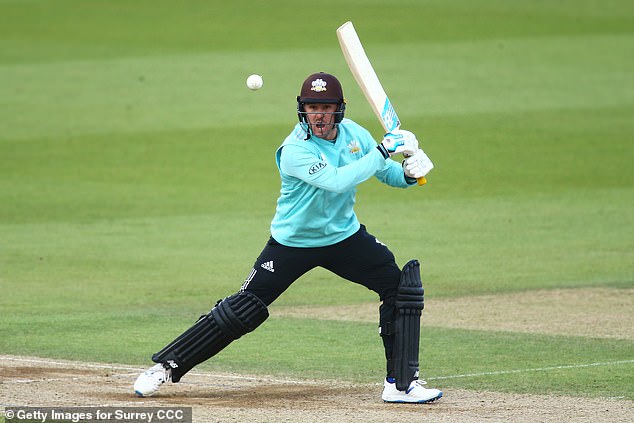 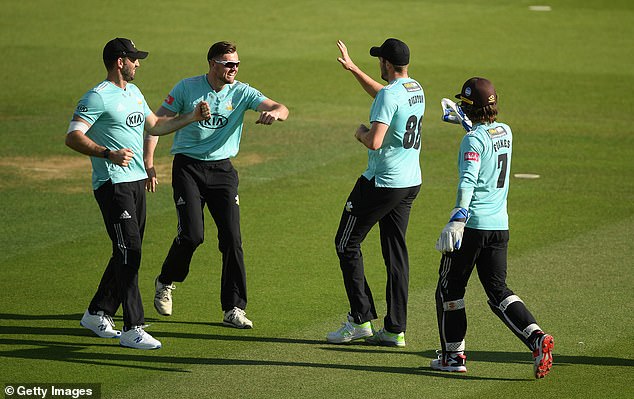 Surrey will face Gloucestershire, who beat Northamptonshire, in first semi-final on Saturday

‘Jason Roy’s a world-class wicket to try to pick up. Thankfully he got out next ball, so it didn’t actually matter. But we’re trying to win a game of cricket. It was definitely out – let’s be honest. Credit to Surrey, though. They completely outplayed us.’

Surrey will take part in the first semi-final against Gloucestershire, who eased to a seven-wicket win over Northamptonshire at Bristol after three wickets each for Benny Howell and Ryan Higgins helped skittle the visitors for 113.

And Lancashire will be there too after their spinners ran amok against Sussex at Hove. England leg-spinner Matt Parkinson took three for nine and Liam Livingstone for four 23 as Sussex were dismissed for 95, losing by 45 runs.

With dreadful weather forecast for Saturday, finals day is expected to run over into Sunday. And if no play is possible then, the teams will use a bowlout to determine the winner, with five players on both sides bowling two deliveries each at a set of stumps. If the scores are tied, the bowlout enters sudden death. 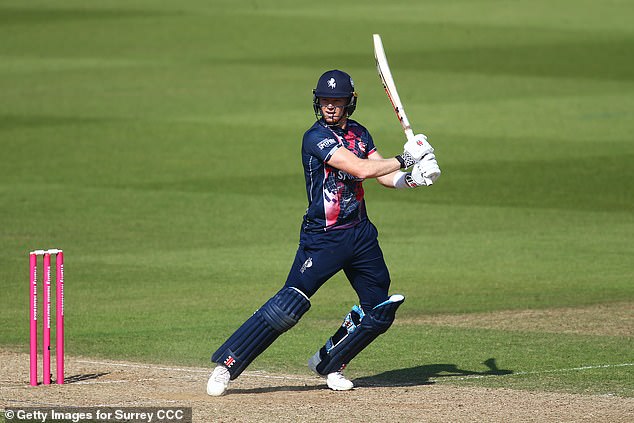 Indian Premier League: Twenty20 tournament to be held in UAE from September

Premiere Stakes 2020: Nature Strip, Classique Legend square off in cracking entree to The Everest
Horse goes from Group 1 Metropolitan win at Randwick to Kalgoorlie Cup in 12 months
Best News
Recent Posts
This website uses cookies to improve your user experience and to provide you with advertisements that are relevant to your interests. By continuing to browse the site you are agreeing to our use of cookies.Ok