One of LeBron James’ most controversial moments of his career came in 2010 when he made “The Decision” on live TV.

If you don’t remember, James was arguably the greatest free agent in NBA history. After playing seven seasons in Cleveland, he became an unrestricted free agent and was weighing his options on where he’d play next. But instead of a simple announcement, he hosted a 75-minute show that aired on ESPN, where he announced his NBA future and answered questions about his move.

But it turns out the idea wasn’t entirely his.

An ESPN documentary series titled “Backstory” focused on “The Decision” revealed the idea actually came from a fan who thought of it and sent the idea to ESPN’s Bill Simmons. The idea was posted in a mailbag column on Thanksgiving day in 2009. At the time, the fan was simply known as Drew from Columbus, Ohio. But ESPN’s documentary identified him as Drew Wagner.

You know how when top recruits in basketball or football make their college decision, they often call a press conference and put the three hats of the schools that made the final three in front of them … then pick up the hat of the school of choice and put it on? What if LeBron announces he will pick his 2010-11 team live on ABC on a certain date for a show called “LeBron’s Choice?” What type of crazy ratings would that get?

Simmons’ response showed he clearly loved the idea as he responded, “Regardless, you’re right — this should be a televised event. If LeBron were smart, he would market the event through his company, sell the rights to a network and reveal his choice on that show. … If people were willing to pay $44.99 for a UFC 106 card headlined by Jenna Jameson’s washed-up husband fighting a guy who hadn’t won in two years, I’m pretty sure they’ll pony up $44.99 for ‘Decision 2010: LeBron’s Verdict.'”

According to Don Van Natta Jr., who worked on “Backstory,” Simmons pitched the mailbag column idea to James’ inner circle and ESPN executives in February 2010.

At the All-Star Game weekend in Dallas in February 2010, Simmons pitched the “LeBron’s Decision” idea to James’ business partner, Maverick Carter; James’ agent at the time, Leon Rose; and James’ advisor, William “World Wide Wes” Wesley. Simmons met with Rose and Wesley. “They both loved it,” Simmons later wrote in an email. “I mean, LOVED IT.” He also had a separate meeting with Carter. That weekend, Simmons enthusiastically pitched the idea to several senior ESPN executives.

Natta has more details on the how the event eventually came together.

As for Wagner, he didn’t know for sure if his letter to Simmons made an impact or not. Simmons did all of his work behind the scenes, so there was really no way of knowing for sure. But he told ESPN he had an idea all along.

“I always had in the back of mind that maybe I did kick this into some kind of gear,” Wagner said. “I don’t think I deserve anything from it or any credit. I’m sure plenty of people could have come up with that kind of idea and got the ball rolling. I’m also pretty sure some people would want to shoot the guy who came up with the idea.” 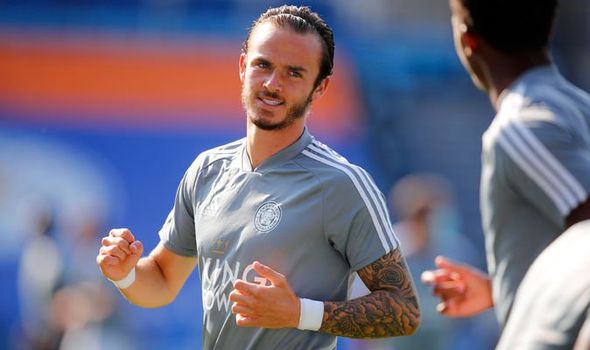 James Maddison was left out of Leicester’s squad for their FA Cup quarter-final with Chelsea due to injury.

Foxes boss Brendan Rodgers said: “I think with the games all coming close together, it’s just to keep some freshness in the team.

‘There was a very good proposal from a Spanish team’: James Rodriguez reveals Real Madrid stopped him from leaving last summer but insists there is no problem with Zinedine Zidane as ‘every coach has their tastes’

The Colombia international joined Los Blancos for £68million in 2014 from Monaco but has struggled to live up to that price tag.

The 28-year-old has fallen down the pecking order under manager Zinedine Zidane due to his struggles with form and fitness. 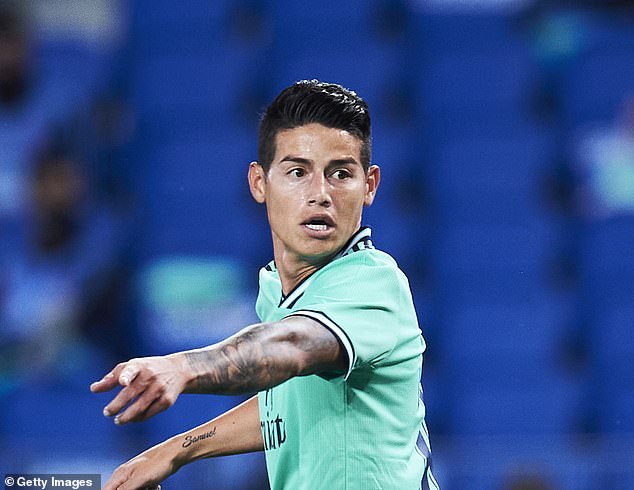 Rodriguez returned to the Bernabeu last summer after a two-year loan spell at Bayern Munich where he was once again in and out of the side but he has revealed he might have left Madrid permanently.

‘There was a very good proposal from a Spanish team, which Real Madrid rejected. I’d prefer not to say the name of the team,’ James told Colombian news outlet Gol Caracol.

‘I thought it was a done deal, but they didn’t let me go to the club I wanted to join. They wanted me to go to another team.

‘There was an offer from Italy, but it didn’t convince me, I felt it wasn’t good. My representative, Jorge Mendes, told me that a proposal had come from China, but I replied that I would not go. I wasn’t willing to do it because I feel I can still give a lot in Europe. 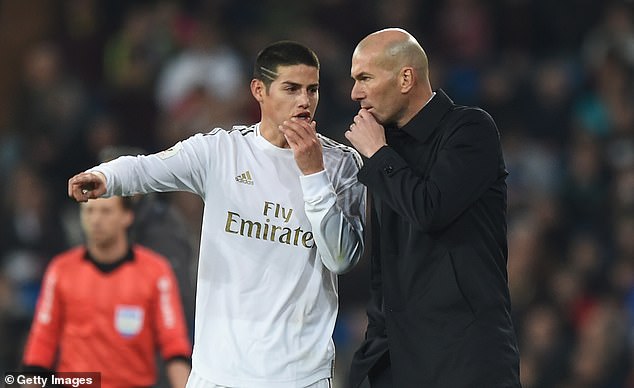 ‘There was never any problem [with Zidane],’ said the Colombian playmaker. ‘Every coach has their tastes. We have a normal working relationship. I don’t have a central role, but I am training and working for when it is my turn, so I can do well.’

Former Newcastle star Faustino Asprilla recently hit out at Zidane over his lack of ‘respect’ for his compatriot Rodriguez.

Asprilla admits he can’t comprehend why Rodriguez has been given so little playing time and even claimed that the 28-year-old has been too patient with Zidane.

‘James isn’t irresponsible,’ the former Colombia forward told Blu Radio. ‘He trains every day, just like everyone else. 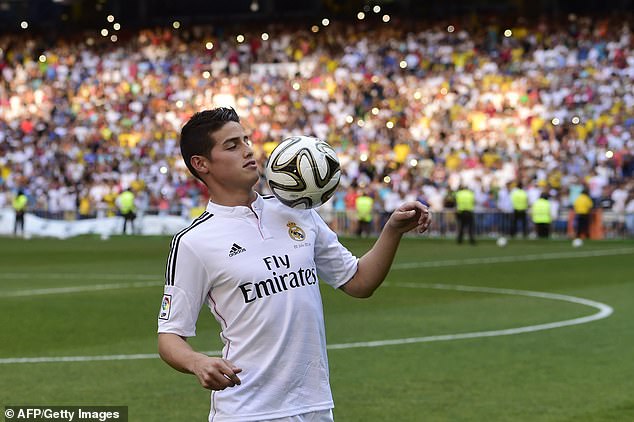 ‘The coaches say that all players are the same to give motivation to substitutes, but they have three or four who always play.

‘At Real Madrid, there are players who come from lower down and who come up.

‘Don’t tell me that the top scorer of a World Cup is below Mariano or whoever in the pecking order.

‘There’s a need for a little respect. James is patient, but I would tell Zidane to eat s**t!’

The midfielder, who has a year left on his current deal, has featured in 14 games across all competitions during the 2019-20 season. 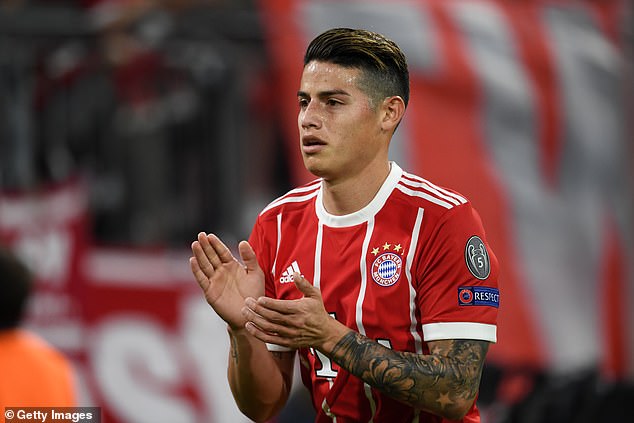