Tim Henman has urged Andy Murray to remain patient and remember he is only at the start of a journey which could take him back to the top of the sport. In his first tournament since November, Murray recorded impressive wins over Frances Tiafoe and World No 7 Alexander Zverev at the Western and Southern Open in New York.

His run came to an end when Canada’s Milos Raonic beat him for the first time since 2014 and Murray’s disappointment was clear as he rued a ‘poor’ display.

Murray will get his tournament underway against Japan’s Yoshihito Nishioka on Arthur Ashe Stadium.

The 33-year-old won the US Open in 2012 but there is unlikely to be a repeat of that success as he continues his return from career-saving hip surgery in January 2019.

Few people know Murray better than Henman and the four-time Wimbledon semi-finalist feels the British star’s focus should be on coming through the tournament without a recurrence of his injury problems. 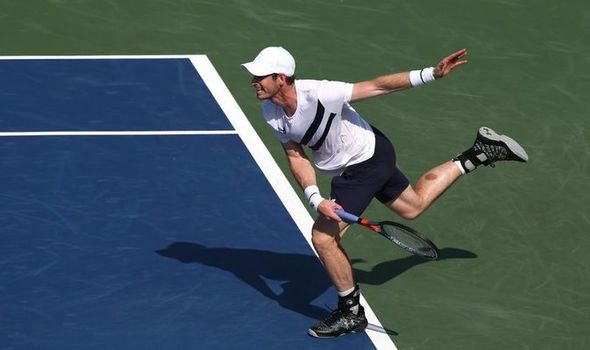 “It is important to stay patient and understand that with the US Open next week if he can win one or two matches and come through with no injury setbacks, that would be a great achievement,” Henman told Express Sport.

“I don’t think it is realistic to talk about him as a contender just yet. Obviously, he is trying to win it but it is not realistic because he has played one tournament.

“He’s won a couple of matches in his first tournament in ten months so he needs time.

“If he could win a couple of matches and come through those physical demands without any setbacks, I think he would sign for that on the dotted line pretty rapidly.”

It cannot be forgotten that Murray has defied the odds by even returning to action with a metal hip.

Only multiple Grand Slam doubles champion Bob Bryan has had hip resurfacing surgery within tennis and Henman feels many inside the medical profession will be watching Murray’s progress carefully. 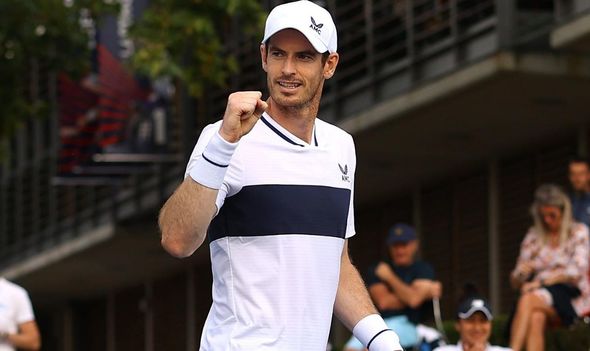 “There’s a lot of people, not just in the tennis world, learning from what he is doing because it has never happened – someone with a metal hip coming back to play professional sport at the very highest level,” Henman said.

“I’m sure there is a lot of doctors and surgeons following his story carefully and I think it will be a massive inspiration to so many people.”

It wasn’t long ago that Murray was an active member of the ‘Big Four’ alongside Roger Federer, Rafael Nadal and Novak Djokovic, competing for Grand Slam titles.

It remains to be seen whether the three-time major winner will ever return to that level but Henman feels Murray is on the right track.

“This is part of a journey. If his mindset for every Grand Slam for the rest of his career was: ‘I just want to win one or two matches’, I’m sure he wouldn’t do it,” he added. 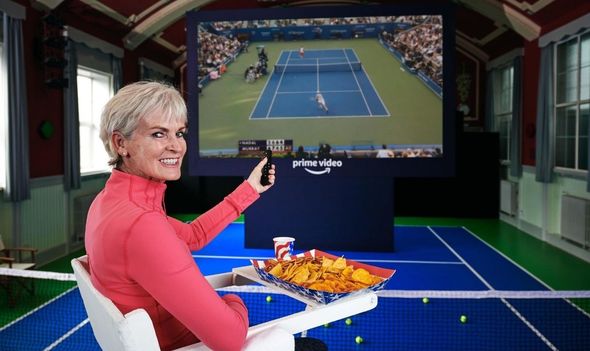 “But this is part of a journey of building up his fitness, resistance, understanding his recovery and see if he can get to the second week of a Grand Slam.

“It is going to take time so probably Wimbledon or the US Open next year we will well and he will be in an even better position.”

One of Murray’s biggest supporters will be his mum Judy, who will be watching him and brother Jamie from her own Arthur Ashe themed viewing court in Dunblane, Scotland on Prime Video.

She said: “I absolutely love the US Open and normally I would be in New York watching Jamie and Andy from the stands and supporting them with my trademark fist pump and the occasional roar.

“This year I’ll be cheering the boys on from my sofa and shouting at my screen, with them in spirit as Amazon Prime Video has brought the US Open courts to me.

“I’ll be staying up late at night streaming on Prime Video which will get the job done perfectly; but the moment any commentators say anything negative about my sons, I’ll be hitting the mute button straight away.”

Watch the US Open exclusively on Amazon Prime Video from Monday through to September 13.

US Open: Novak Djokovic to meet Kyle Edmund in second round
US Open women’s tennis: Star reveals cancer diagnosis
Best News
Recent Posts
This website uses cookies to improve your user experience and to provide you with advertisements that are relevant to your interests. By continuing to browse the site you are agreeing to our use of cookies.Ok