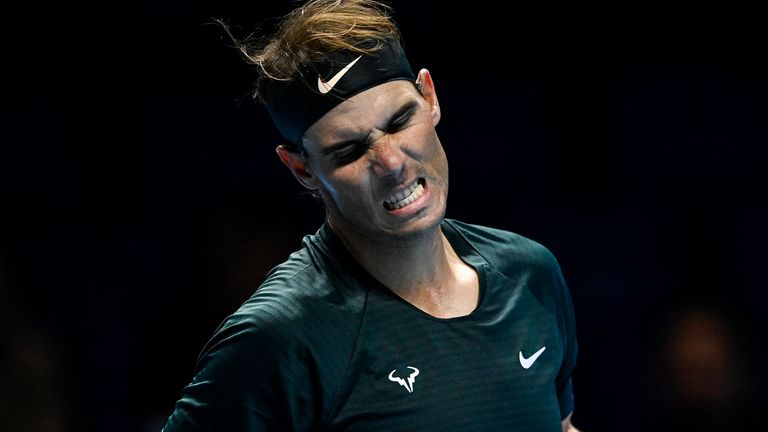 Rafael Nadal began his Nitto ATP Finals campaign in fine style with a straight-sets victory over debutant Andrey Rublev in London on Sunday.

Nadal has qualified for the season-ending event for a record 16 years in a row, although he has missed it six times through injury, but has yet to lift the trophy.

Rublev has won more matches and more titles than any other player this season, surging into the top 10, but the 23-year-old never really settled into the contest and was beaten 6-3 6-4. First ones in, last ones out 🎾

🇪🇸 @RafaelNadal, 🇷🇸 @DjokerNole & 🇵🇱 @LukaszKubot are the only players to compete in the first & last editions of the #NittoATPFinals in London (2009, 2020).

The serve was the big difference in the first set, with Nadal dominant on his while Rublev struggled to find a first serve.

The Russian hurled his racket to the court after being broken for 4-2 and never threatened a recovery.

Indoor hard courts have been by far Nadal’s weakest surface but he warmed up for this tournament by reaching the semi-finals of the Paris Masters last week and looked sharp throughout.

An early break in the second set was all he needed, with the 34-year-old securing a straight-sets win at the O2 for the first time since beating Andy Murray in the group stages in 2015. Not Before 2pm: Rafael Nadal vs Dominic Thiem

Not Before 8pm: Stefanos Tsitsipas vs Andrey Rublev 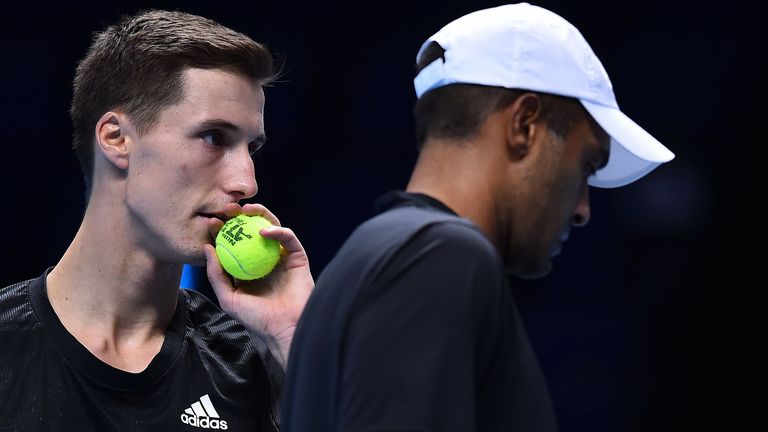 Joe Salisbury, the sole British representative in this year’s tournament, began his campaign alongside American Rajeev Ram in the doubles with a narrow victory over Lukasz Kubot and Marcelo Melo.

Salisbury and Ram are the Australian Open champions and second seeds, but their preparation was severely disrupted by the Londoner having to self-isolate for 14 days after his coach, Rob Morgan, tested positive for coronavirus.

That only ended on Friday but the Anglo-American pair showed no signs of rust as they edged to a 7-5 3-6 10-5 victory over Pole Kubot and Melo of Brazil.

US Open: Men’s results and highlights

Soulless feel is not the finish London's ATP Finals deserves
Australian Open lead-up tournaments shifted to Victoria
Best News
Recent Posts
This website uses cookies to improve your user experience and to provide you with advertisements that are relevant to your interests. By continuing to browse the site you are agreeing to our use of cookies.Ok