Victoria is set to host all of the lead-up tournaments to the Australian Open.

Showpiece tournaments usually staged in Sydney, Brisbane, Perth, Adelaide, Canberra and Hobart will now be played in Victoria, according to a News Corp report. 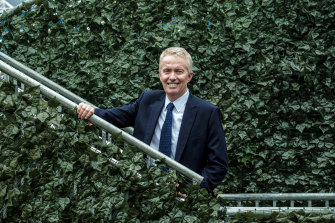 More than 500 players from around the world will have to twice test negative for COVID-19 before being allowed into the bubble, according to the report.

"There is now no risk of the Australian Open going ahead without everyone in Victoria and we didn't have that guarantee previously," Tiley told News Corp.

"Now it's a matter of working out with the Victorian ­government what the quarantining program looks like, that it ensures the safety of the community and then of course the safety of the players coming in," he said.

He said the lead-up events would be "redesigned" and there could be even more events staged after the grand slam.

ATP Finals: Rafael Nadal defeats Andrey Rublev in his opening round-robin match
Dominic Thiem stuns Rafael Nadal in ATP Finals classic
Best News
Recent Posts
This website uses cookies to improve your user experience and to provide you with advertisements that are relevant to your interests. By continuing to browse the site you are agreeing to our use of cookies.Ok