Coronavirus cases, missing superstars – including US Open winner Naomi Osaka – and driving rain are raising fears of farce at the French Open

Among the odder sights associated with this strange French Open has been the queue of food delivery motorbikes forming every night outside the busiest player hotel.

After Liam Broady won his final qualifying match on Thursday, he and Andy Murray celebrated by summoning a Chipotle to be eaten in the lobby lounge.

Not allowed out to sample the gastronomic delights of Paris’s restaurants – and unimpressed by what they consider the rip-off price of food in the hotel – many competitors and coaches have been ordering in, hence the nightly traffic jams at player central. 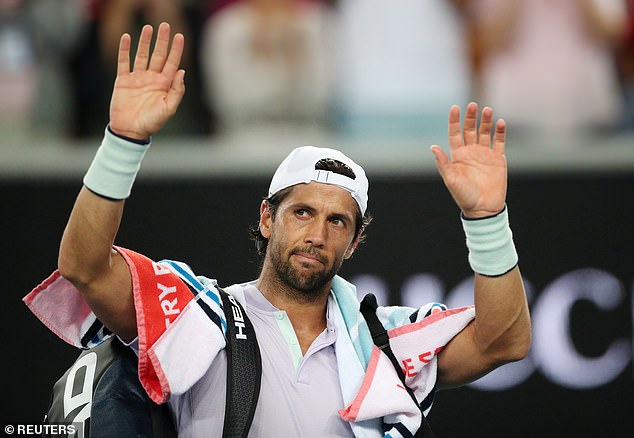 For the first time in his career Murray has taken to going into the stadium early on a lot of days to avail himself of the excellent breakfast on offer.

They are in one of varying loose bubbles, each with different restrictions. Umpires and line judges, for example, are allowed to walk to and from Roland Garros on condition that they do not deviate from their route. One official confessed to furtively going slightly off-piste to grab a pizza.

That it will be a good French Open for food delivery companies is about the only thing that can be said with any certainty about the tournament, which begins on Sunday.

Unlike the US Open, where players could pay substantially extra for security-guarded private houses, nobody is allowed to stay outside the official hotels.

This extends to Serena Williams, who has to slum it in the four-star accommodation by the Eiffel Tower rather than doing her usual thing of staying at the Paris apartment that she owns.

‘It’s definitely weird,’ she reflected on Saturday. ‘This has always been my home away from home. I always loved being here, but I guess it’s a must.’ This year it is different for everyone with this new, emergency date. The leaves are falling from the trees in the French capital and it contrasts sharply with the blooms that accompany the usual late Spring slot. 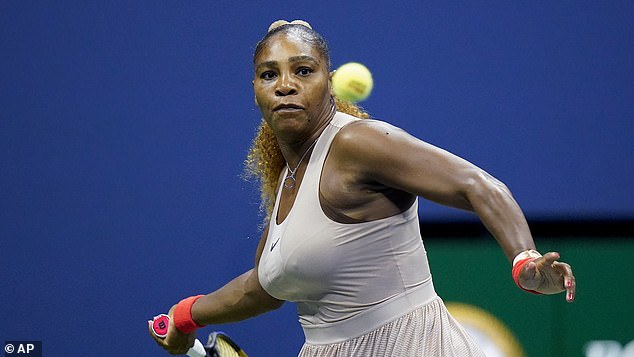 The heralding of summer blesses the tournament with a certain joie de vivre, which has been distinctly absent here over the past few days, and not just because masks are compulsory all over Paris.

Tournament officials are edgier than normal, because they know so much can go wrong in trying to salvage an event that financially underpins what is one of the biggest sports in France.

The biggest worry is a large outbreak of positives resulting from what looks like a more rigorous testing regime than the one carried out in New York. There the players were often left to self-administer their swabs, while here they are all carried out by medical staff who, as Murray put it, ‘go in so deep you can almost feel it on your eyeballs’.

Covid has already knocked out a few players. Spain’s Fernando Verdasco has been among those left furious by his disqualification, after a test last week seemed to unearth the remnants of a past Covid infection from last month.

He had two more done independently after that which showed him to be negative, but the tournament refused to accept them and he was out. 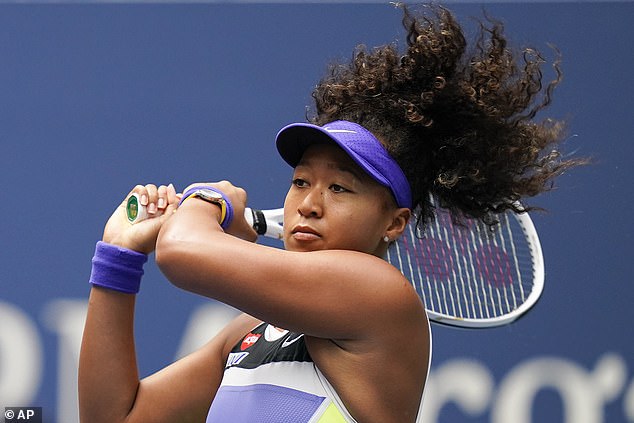 Headaches abound. Rafael Nadal has been among those complaining about the dead and heavy nature of the new Wilson ball, which will compound the slow pace of the courts.

The weather forecast this week is dire, with rain forecast most days and temperatures barely likely to exceed sixty. The hoped-for 50% crowd capacity has been steadily reduced by the French government as the crisis has worsened again, with the latest cut taking it down to just 1,000 per day allowed in.

In a reassuring sign that it is not just the UK where one hand does not know what the other is doing, French Prime Minister Jean Castex announced on Thursday that no more than 1,000 people per day should be allowed on-site. He needed to be swiftly reminded that this number was already well-exceeded by competitors and assorted staff and media.

The fields are stronger than in New York, but absent are women’s defending champion Ash Barty and US Open winner Naomi Osaka.

Last week the women’s game marked the 50th anniversary of the WTA Tour’s effective formation through the enterprise of Billie-Jean King and others. This week two of multi-millionaires that King and her cohort spawned decided to stay at home, rather than try and support the tour and its last significant event of a shortened season.

A small mercy with the weather will be the new roof atop the Philippe Chatrier stadium. It has been impressively redeveloped, although some of the old charm has been lost with its airport terminal appearance, and also the knocking down of some quirkier older courts around the outside. 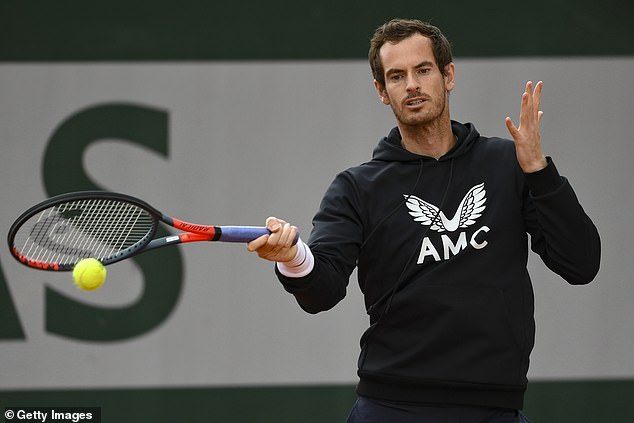 Andy Murray, who has been ordering takeaway food to his hotel room, will face Stan Wawrinka

The costs of all the new building have to be met and the name of the game all along has been to preserve as much of the tournament revenues as possible.

Unlike with Wimbledon, whose occasionally derided men in suits smartly ensured they maintained pandemic insurance, the French Tennis Federation (FFT) really need this tournament to happen.

Even with the loss of most spectator and hospitality revenue, they are managing to safeguard the £80 million broadcast income this year, cutting prize money by nearly 11% to 38 million Euros.

Another reason behind the determination to get it on at all costs is the election later this year of the FFT President, a high profile job in French sport. The bombastic incumbent, Bernard Giudicelli, is under severe pressure from challenger and ex-player Gilles Moretton, and he wants a success to show he rescued the sport’s main source of funds.

Andy Murray plays on Sunday against Stan Wawrinka, in perhaps the pick of the first round matches. It is surely asking too much for Murray to have a major say in the destination of the title as he makes his return to the Chatrier stadium.

It will be 15 days when anything could happen. Given the conditions, it would be no surprise if Novak Djokovic rebounds from New York to deny Nadal a thirteenth title. Simona Halep is the favourite for the women’s event in a more open field that Serena Williams will struggle to fight her way through.

Tennis officials block Serena’s demand
Roger Federer, Rafael Nadal, Novak Djokovic and Andy Murray verdicts delivered by McEnroe
Best News
Recent Posts
This website uses cookies to improve your user experience and to provide you with advertisements that are relevant to your interests. By continuing to browse the site you are agreeing to our use of cookies.Ok