Cameron Norrie battled back from two sets down to beat No.9 seed Diego Schwartzman for the best win of his Grand Slam career. An extraordinary first round marathon saw 58 break points – a new record for the US Open.

And the British No.3 saved two match points in the final set as struggling Schwartzman was hit by cramp before winning 3-6 4-6 6-2 6-1 7-5 in just under four hours.

“I’m pretty tired actually,” said Norrie. “Honestly for me the tennis and the level wasn’t that great but I had a really good attitude throughout. I was happy with that. I was lucky to get through that one, saved a couple of match points at the end. It was a tough one.

“I’m not sure if the break points record a good stat to have. In the first couple of sets I missed so many second serve returns on the ad side when I had break points. I was getting frustrated but I stayed patient and managed to convert way more at the end. 58 is a lot.”

Schwartzman appeared to be cruising to a straight-sets win when he took the first two sets. But Norrie raised his game after he received a code violation for hitting a ball out of the Court 5 in anger and drew the match level at 2-2 by winning 10 out of 11 games against the Argentine. 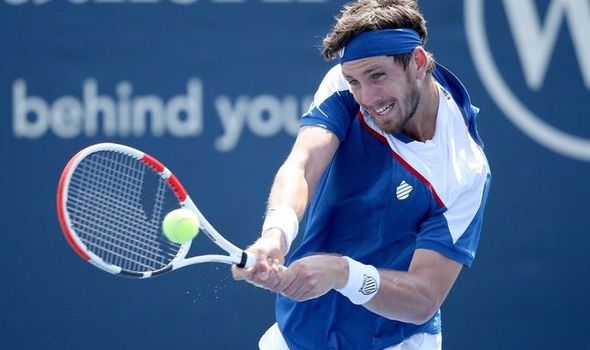 A tense final set saw Schwartzman call a medical timeout before Norrie saved a first match point on his own serve at 3-5 and again when Schwartzman served for the match at 5-4. The No.9 seed then saved two match points with winners before dumping a forehand into the net.

“I struggled a little at the start of the fifth but I bakced myself physically and he was struggling at the end. It was really nice to have Jamie and Dom and all the British guys up there watching. Schwartzman was getting a little bit upset at them cheering a little bit but it was good to have that support,” Norrie added.

“I think the whole Battle of the Brits thing, everyone was getting around that so I think that helps a lot. That was good to get over the line today.”

The British No.3’s previous best result at a Grand Slam was at the 2018 French Open when world No.43 Peter Gojowczyk retired in the second set. Norrie has never reached the third round at a Slam.

Till now, his most famous result was also coming from two sets down to beat world No.23 Roberto Bautista-Agut on his Davis Cup debut in 2018. 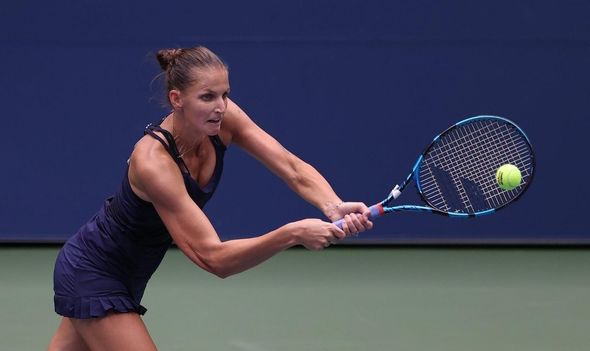 “It’s always tough to not have many matches going into this,” Pliskova said.

“But I think I was not feeling that bad, I had a week of good practice, so I felt much better today.

“I think my game was quite good for the first round, and I have great memories here, even though the fans aren’t here, I still enjoy this court.”

Marketa Vondrousova was the first winner on day one of the US Open, taking just 63 minutes to beat Greet Minnen.

In the late session, Novak Djokovic and Naomi Osaka are both in action.

Serena Williams reacts to loss to world No. 116 Rogers as Coco Gauff battles on

US Open: Alexander Zverev through to semi-finals in New York

US Open Tennis: Where to now for Novak Djokovic?

US Open top seed Pliskova wins in straight sets
Murray's fightback to reach another Slam shows he refuses to walk away
Best News
Recent Posts
This website uses cookies to improve your user experience and to provide you with advertisements that are relevant to your interests. By continuing to browse the site you are agreeing to our use of cookies.Ok