At least when Jo Konta found herself ambushed on her return to tennis after lockdown it was at the hands of a promising young British player.

Jodie Burrage, from Hindhead in Surrey, is the world No 289 and on Monday made up a deficit of 275 places in the rankings to upset Konta in the opening match of the Battle of the Brits team event at Roehampton.

The GB No 1 went down 6-4, 6-3 to the 21-year-old who gains daily inspiration from the view afforded by her flat, which looks on to the practice courts of the All England Club. 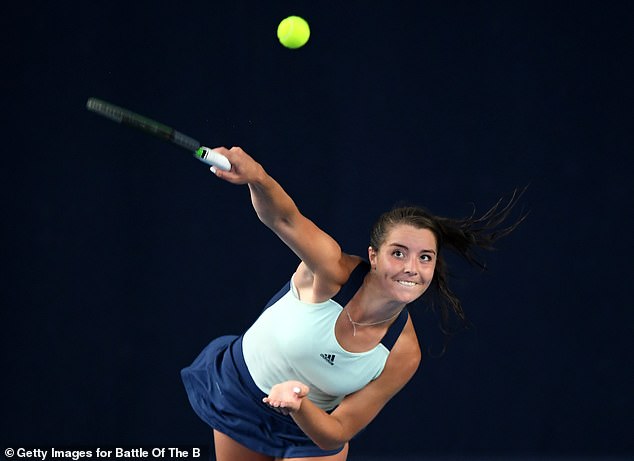 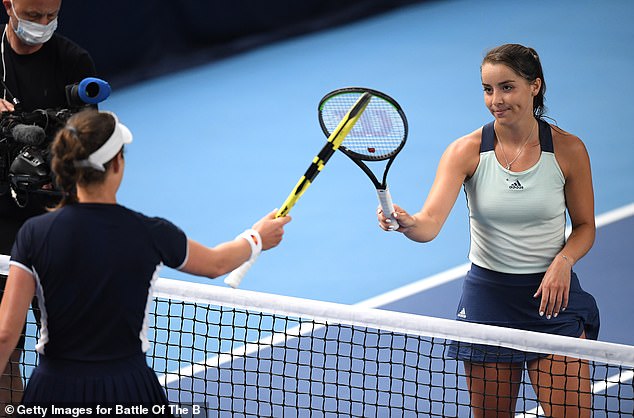 She has played a high volume of matches in the recent British tour events and has also benefited from the fitness work done in lockdown with her boyfriend, Leicester Tigers scrum-half Ben White.

With the week-long event organised by Jamie Murray hampered by rain they were moved indoors. Burrage hits sweetly off both sides and was easily good enough to take advantage of a rusty opponent who has not played since March 7.

World No 14 Konta was watched by new coach Thomas Hogstedt who, as Sportsmail revealed last week, has begun a trial period after leaving the employment of the now retired Maria Sharapova. 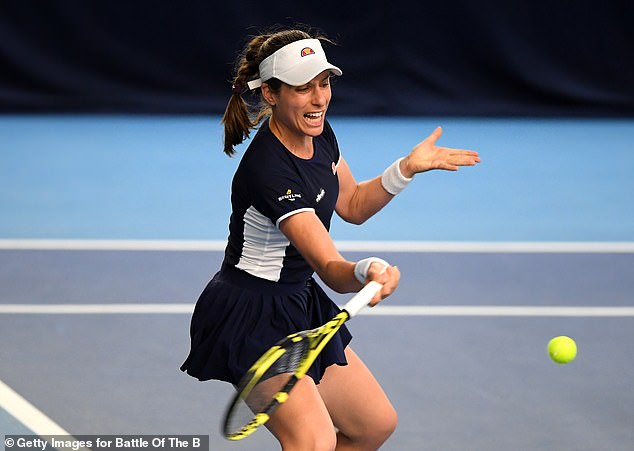 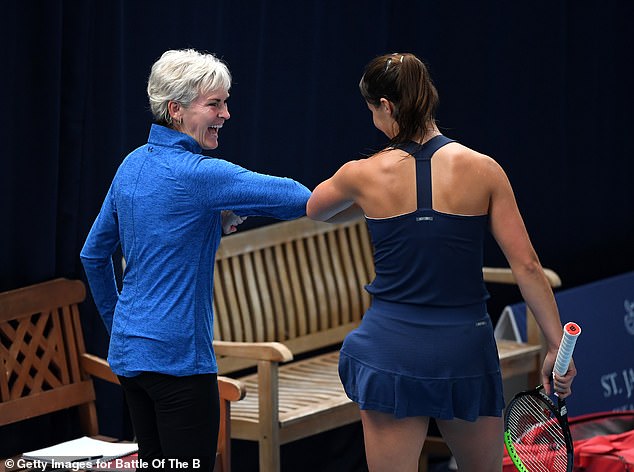 Konta said of her little-known conqueror: ‘She is a good ball striker and has the ability to play at a very good level.’

After a stand-out 2019, Konta is trying to get some matches in before expecting to head to tournaments in America. She confirmed that she is pulling out of next week’s WTA Tour return in Palermo in the likelihood that the US Open will now go ahead.

Pictures of Novak Djokovic practising on hard courts in Spain suggest he is also tilting towards New York and a final decision is expected this week.

Teenager Emma Raducanu scored a big win of her own, beating former world No 82 Katie Boulter. The highly-rated 17-year-old won 6-4, 6-3.

US Open: Novak Djokovic to meet Kyle Edmund in second round

Sam Stosur to skip rest of 2020 but Australian has vowed to return to court next year
Star fumes as ‘handshake’ drama sparks tennis tizz
Best News
Recent Posts
This website uses cookies to improve your user experience and to provide you with advertisements that are relevant to your interests. By continuing to browse the site you are agreeing to our use of cookies.Ok