Rafael Nadal becomes just the fourth man in history to win 1,000 ATP Tour matches after beating Feliciano Lopez at the Paris Masters to follow in the footsteps of Ivan Lendl, Jimmy Connors and his great adversary Roger Federer

Rafael Nadal recorded his 1,000 ATP Tour win by beating Feliciano Lopez on Wednesday in a tough three-set match at the Paris Masters, becoming just the fourth man to ever achieve the feat.

‘To achieve that number is because I have been playing well for a lot of years and is something that makes me feel happy,’ Nadal told reporters afterwards at a virtual press conference. 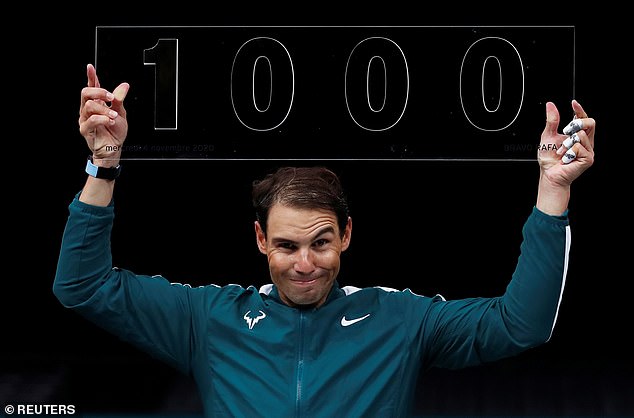 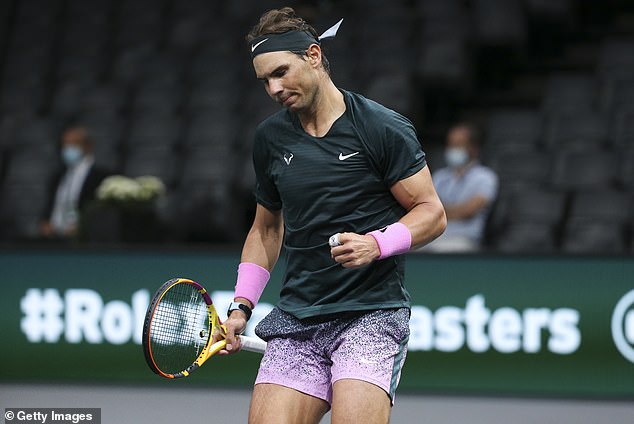 ‘I know it is a very special number, 1,000. Even if it’s not the same to celebrate something like this without a crowd, I enjoy it with ATP, with the president of the French (Tennis) Federation, Guy Forget, supervisor and the ball boys.

‘I enjoy it and just can say thanks to all of them to make this moment a little bit more special.’

Nadal may have had to wait until the ATP World Tour Finals in London later this month to reach the landmark as he struggled early on, with 39-year-old Lopez’s break in the third game proving crucial as he stole the first set.

A gruelling second set followed, with both men holding strong on their serve to force a tiebreak, which Nadal won by the barest of margins 7-5. 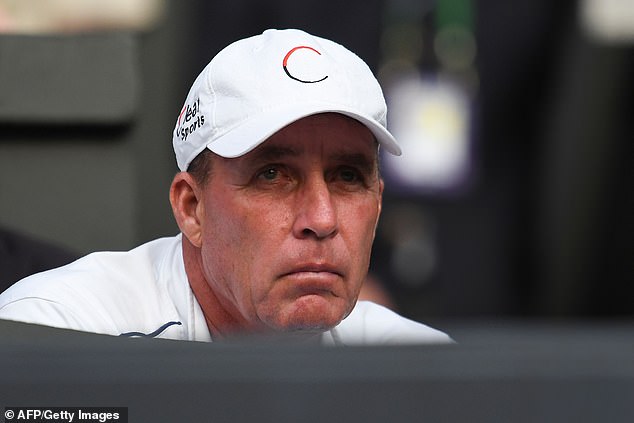 As has often happened in his career, Nadal smelt blood and ultimately ground down his opponent to claim the decider and secure a last-eight date with Jordan Thompson.

Nadal vs Tsitsipas live stream: How to watch ATP Finals 2020 match online and on TV today

French Open could reschedule again in 2021, says tournament director Guy Forget
Zverev faces more domestic abuse claims by ex-girlfriend Sharypova
Best News
Recent Posts
This website uses cookies to improve your user experience and to provide you with advertisements that are relevant to your interests. By continuing to browse the site you are agreeing to our use of cookies.Ok