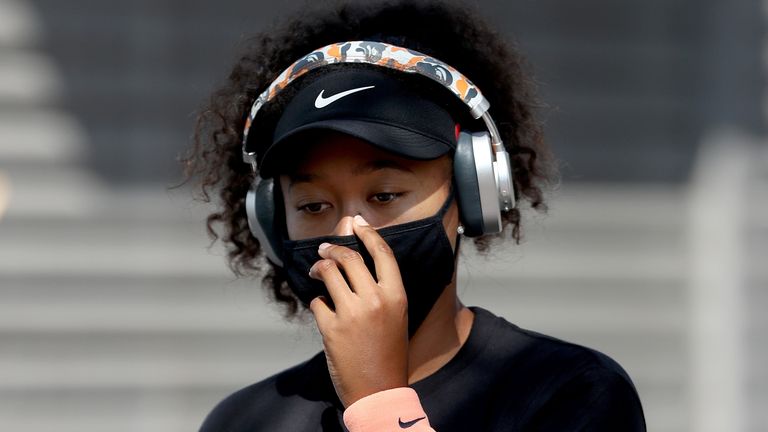 Naomi Osaka has withdrawn from the Western & Southern Open final due to a left hamstring injury, leaving Victoria Azarenka the tournament winner by walkover.

The two-time Grand Slam champion was due to face the Belarusian former world No 1 in Saturday’s showpiece of the pre-US Open tournament, which is being held at Flushing Meadows in New York.

Japan’s Osaka sustained the injury during the second-set tiebreak of her 6-2 7-6 (7-5) semi-final victory against Belgium’s 14th-seed Elise Mertens on Friday.

“I’m sorry to have to withdraw today with an injury,” Osaka said.

“I pulled my left hamstring yesterday in the second-set tiebreak and it has not recovered overnight as I had hoped.”

The 22-year-old had initially pulled out of her semi-final because “as a black woman I feel there are much more important matters at hand”, before tournament organisers then suspended play on Thursday and Osaka’s subsequent decision to opt to play.

A number of sporting events in the US have been postponed due to protests at the shooting of Jacob Blake – a black man who was shot seven times in the back by police on Sunday in Kenosha, Wisconsin.

Tennis stars must pay for US Open security

Thiem vs Djokovic live stream: How to watch ATP Finals 2020 match online and on TV today

US Open 2020 field: John Millman hits out at critics, reveals life in the bubble
Naomi Osaka hamstring injury gives Victoria Azarenka walkover Western & Southern Open title
Best News
Recent Posts
This website uses cookies to improve your user experience and to provide you with advertisements that are relevant to your interests. By continuing to browse the site you are agreeing to our use of cookies.Ok