Nick Kyrgios reveals struggles after falling into depression on tour

Australian tennis star Nick Kyrgios reveals he was ‘spiralling out of control’ after falling into depression while on tour, claiming he ‘didn’t want to see the light of day’ during one trip to Shanghai

Tennis star Nick Kyrgios revealed he had not wanted to ‘see the light of day’ after spiralling into depression while on tour.

The 25-year-old revealed in 2018 that he had begun to see a psychologist, and has now opened up on his mental health struggles again in an incredibly touching and candid interview.

Kyrgios has reflected on believing how people simply wanted to ‘use’ him for his tennis abilities – with his plight coming to a dark head in a Shanghai hotel room. 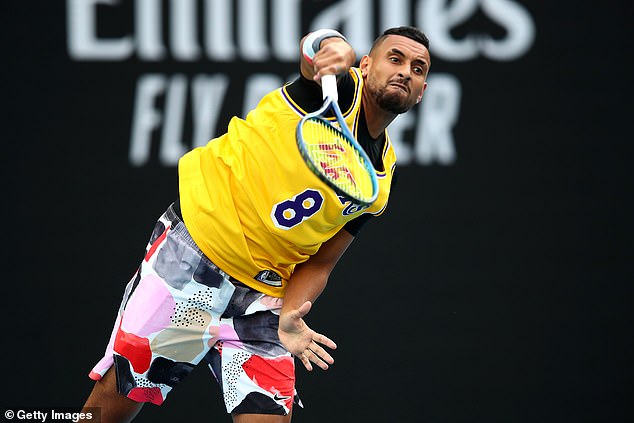 He told Sydney’s Sunday Telegraph: ‘When I was struggling – and it wasn’t just about tennis – there were moments when I was seriously depressed.

‘I remember waking up in Shanghai one year and it was 4pm and I was still in bed, curtains closed. I didn’t want to see the light of day.

‘I felt like no-one wanted to know me as a person, they just wanted to get a hold of me as a tennis player and use me. I didn’t feel like I could trust anyone. It was a lonely, dark place. And things came from that. 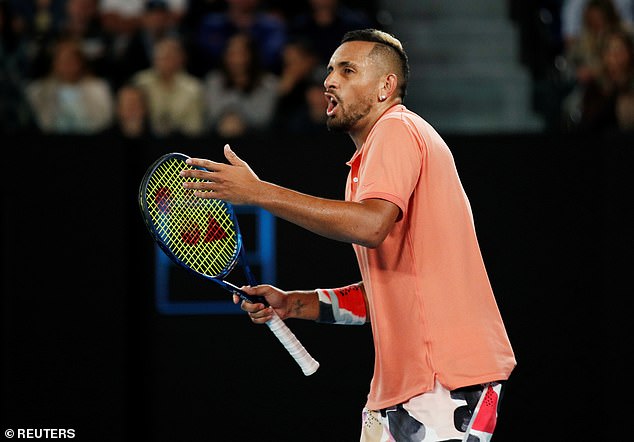 ‘A lot of people were putting pressure on me, I put a lot of pressure on myself. I just lost joy for the game and I was spiralling out of control.

‘I fell into depression because of the things I thought I had to be. I was afraid to go out and talk to people because I thought I’d let them down because I wasn’t winning matches.’

The talented Australian is a polarising figure in the sport and has often been maligned for his on-court behaviour.

Kyrgios has been hit with a number of fines, and was also handed a suspended 16-week ban and a fine of around £20,000 last September due to ‘aggregated behaviour’. 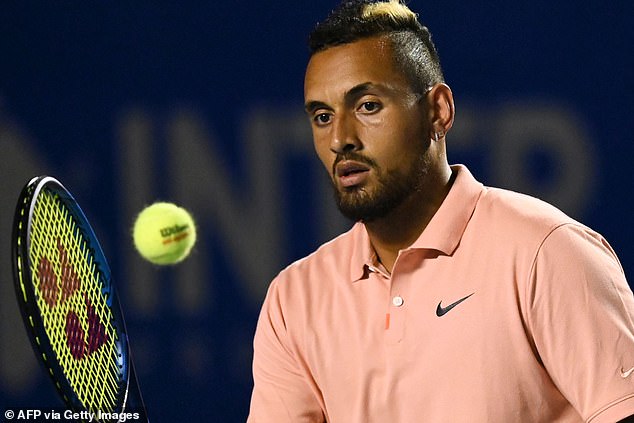 The world No 45 has endeared himself this year, however, after his pledge to donate $200 (£152) for every ace he recorded for a month to aid bushfire relief.

Rally for Relief, a fundraiser which raised around £3.7m for victims, was also hosted by Kyrgios in January. A number of greats took part, including Roger Federer, Serena Williams and Novak Djokovic.

During the coronavirus pandemic, Kyrgios remained in Canberra and helped deliver food and supplies to families unable to leave their homes.

Rafael Nadal delivers brutally honest verdict after Feliciano Lopez Paris Masters win
Mats Wilander says he is ‘pulling 100 per cent’ for Andy Murray, despite previous critical comments
Best News
Recent Posts
This website uses cookies to improve your user experience and to provide you with advertisements that are relevant to your interests. By continuing to browse the site you are agreeing to our use of cookies.Ok