For Novak Djokovic, Sunday night’s exit from the US Open will be particularly agonising. Not just because of his own actions, which were both foolish and unfortunate in equal measure. But because, with Roger Federer and Rafael Nadal not at the competition this year, this was a golden opportunity to close the Grand Slam gap.

Djokovic went into Sunday night’s US Open showdown with Pablo Carreeo Busta widely expected to secure victory, having beaten his Spanish opponent three times in the past.

However, due to his own actions, the Serb found himself disqualified from the competition.

Djokovic inadvertently hit a line judge with a ball in frustration after he lost his serve to trail 6-5 in the first set of the round of 16 showdown at Flushing Meadows.

It wasn’t powerful, but it wasn’t soft either. And the rules say he had to be disqualified as a result.

For Djokovic, he’s hurting. He’s had several close shaves when it comes to wildly hitting balls over the years and, this time, it hit somebody in the throat. Unfortunately for him, after seven minutes pleading his case, he was booted out of the competition.

The world No 1 did not attend the post-match press conference afterwards.

Having previously felt antagonised over his actions on the court, long feeling he doesn’t get the same love as Federer and Nadal, perhaps that was for the best. 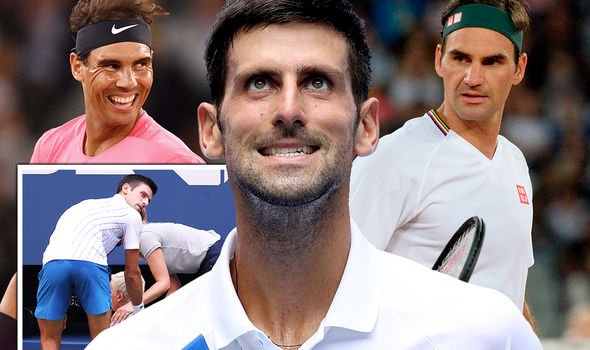 But he did apologise on his Instagram page, saying: “This whole situation has left me really sad and empty.

“I checked on the lines person and the tournament told me that thank God she is feeling ok.

“I‘m extremely sorry to have caused her such stress. So unintended. So wrong. I’m not disclosing her name to respect her privacy.

“As for the disqualification, I need to go back within and work on my disappointment and turn this all into a lesson for my growth and evolution as a player and human being.

“I apologize to the @usopen tournament and everyone associated for my behavior (sic).

“I’m very grateful to my team and family for being my rock support, and my fans for always being there with me. Thank you and I’m so sorry.” 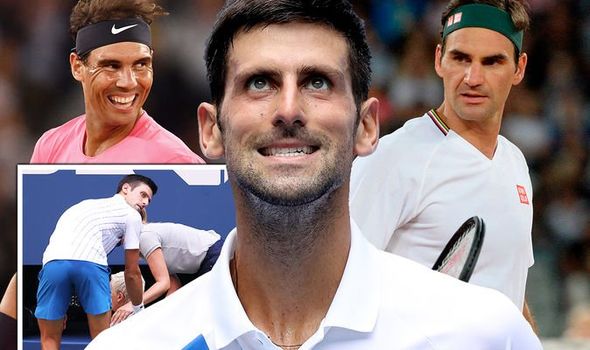 There’s no Federer and Nadal at the US Open this year, for differing reasons.

Nadal opted not to defend the title he won last year because of concerns over coronavirus and the scheduling of the ATP Tour.

And Federer is missing because of a knee injury, with the veteran Swiss star unwilling to take any risks after recently turning 39 years of age.

They are the only two players in tennis history with more Grand Slam titles than Djokovic – and triumphing at the US Open would have seen him close the gap.

Federer has won 20 throughout his glittering career, with Nadal on 19 and Djokovic on 17. 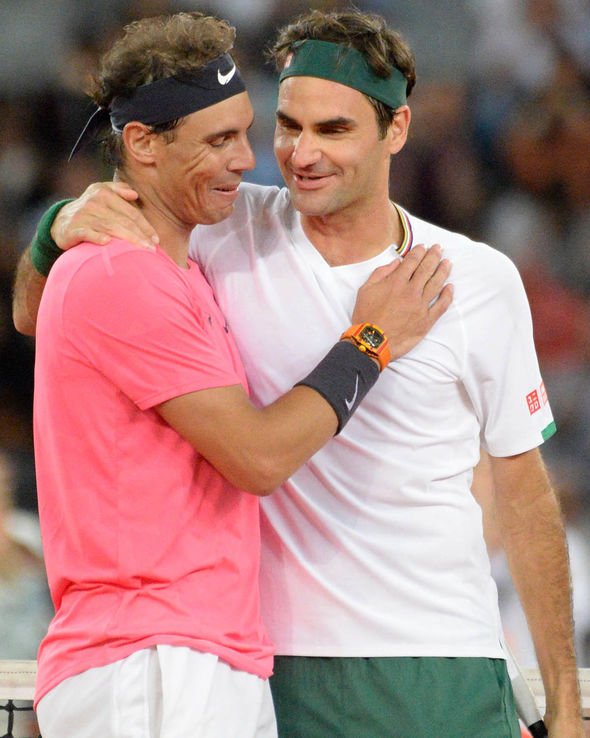 And with the pair absent, this must go down as one big missed opportunity for the 33-year-old.

Djokovic has beaten Federer 27 times from 50 showdowns across their careers, meaning he boasts a 54 per cent win rate over the Swiss.

He also boasts a better head to head record over Nadal, triumphing 29 times from 55 matches – at a win percentage of 53 per cent.

Yet there’s close to little in it between Djokovic and the other two. And that means that, by being absent this year, he had a chance he couldn’t afford to squander.

And Djokovic will now no doubt be rueing his actions. The best champions in sport recover from such adversity – and the onus is now on him to do exactly that.

How Novak Djokovic was defaulted from the 2020 US Open
Djokovic shows little concern over his on-court behaviour in 2016 clip
Best News
Recent Posts
This website uses cookies to improve your user experience and to provide you with advertisements that are relevant to your interests. By continuing to browse the site you are agreeing to our use of cookies.Ok