Novak Djokovic has marked Italian teenager Jannik Sinner down as having the potential to become a future world No 1.

The Serb all but secured his year-end top ranking with his latest win against Croatia’s Borna Coric in Vienna on Wednesday to reach the quarter-finals of the Erste Bank Open.

The win meant the 17-time Grand Slam winner can only be stopped from tying Pete Sampras’ record of finishing as year end No 1 for the sixth time if Rafael Nadal accepts a wild card in Sofia next month. 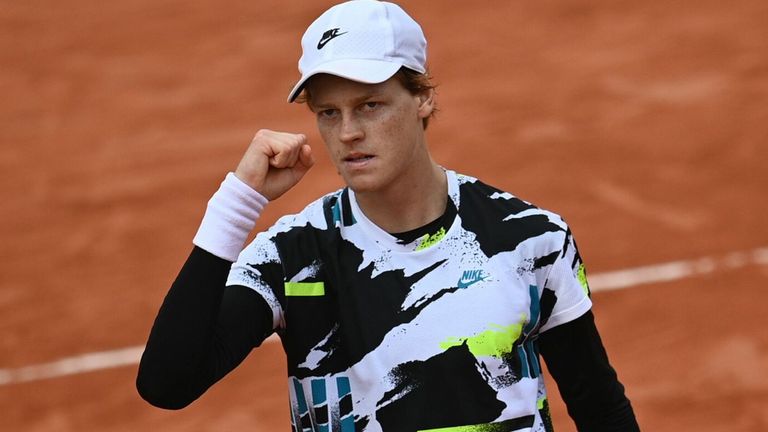 Speaking about Sinner, who won the Next Gen ATP Finals in 2019 and is currently at a career-high ranking of 43, Djokovic feels the 19-year-old has all the potential to reach the very top, not least after reaching his maiden Grand Slam quarter-final at this month’s French Open.

“Sinner is definitely, I would say, the leader of the guys younger than (Alexander) Zverev and (Stefanos) Tsitsipas, who I think by many experts’ opinions the next top, top player.” Djokovic also felt established players Zverev and Tsitsipas would need to sustain their performances over a period of time in order to compete for top spot in the rankings.

The duo have become fixtures in the top 10 and lifted the trophy at the Nitto ATP Finals in 2018 and 2019, respectively.

“Many things have to come together in a career and life of a tennis player in order for him to be able to find his best and maximise his potential and to thrive every single year,” Djokovic said.

“And to endure, because I think you have a much better chance to have a great Grand Slam or a great season. But can you endure for three, four, five, 10 years? 15 years?”

Djokovic has admitted matching Sampras’ season-ending No 1 achievement would be “a dream come true”.

American legend Sampras finished top of the rankings in six consecutive years between 1993 and 1998.

The Serb is also looking to overtake Federer’s 310 weeks record at the top of the rankings – he is currently enjoying his 292nd week on top.

”I mean, Pete was someone I was looking up to when I was growing up. And, you know, to match his record would be definitely a dream come true,” said Djokovic.

“Hopefully going to get there and, you know, keep striving to be a better player and to hopefully make more success and write more records in the game and in this sport that I truly love with all my heart.”

Nick Kyrgios reveals struggles after falling into depression on tour

Soulless feel is not the finish London's ATP Finals deserves

Novak Djokovic says matching Pete Sampras’ season-ending No 1 achievement would be amazing
Novak Djokovic shocked by lucky loser Lorenzo Sonego in Vienna
Best News
Recent Posts
This website uses cookies to improve your user experience and to provide you with advertisements that are relevant to your interests. By continuing to browse the site you are agreeing to our use of cookies.Ok