Novak Djokovic has admitted matching Pete Sampras’ season-ending No 1 achievement would be “a dream come true”.

American legend Sampras finished top of the rankings in six consecutive years between 1993 and 1998.

The Serb is also looking to overtake Federer’s 310 weeks record at the top of the rankings – he is currently enjoying his 292nd week on top. 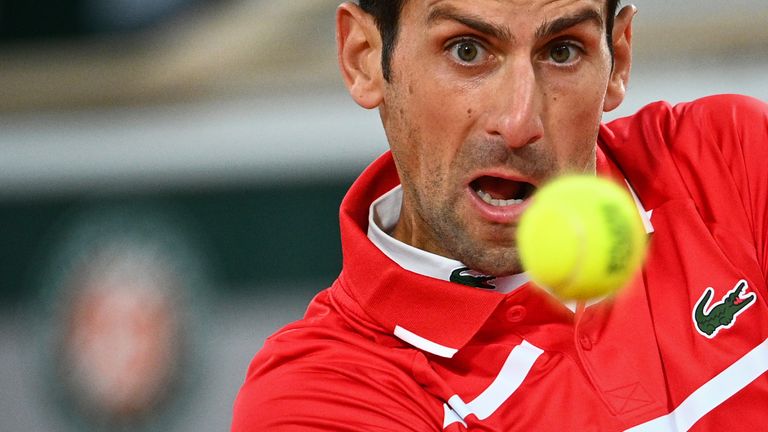 ”I mean, Pete was someone I was looking up to when I was growing up. And, you know, to match his record would be definitely a dream come true,” said Djokovic.

“Hopefully going to get there and, you know, keep striving to be a better player and to hopefully make more success and write more records in the game and in this sport that I truly love with all my heart.” Speaking at the Vienna Open, which he won back in 2007, Djokovic is aiming for his fifth tour-level title of the season, he added: ”There was an opportunity to win new extra points in the race for the ranking to finish the year as No 1 this season, but also for that historic number one race.

“Of course, that was one of the big reasons why I came to Vienna. And I’m going to try to obviously win as many matches as possible.

“I know I need a couple of matches to end up, as you know, No 1 of the other world in this season. And hopefully I’ll be able to do that. You know, that’s definitely one of the big goals.”

US Open 2020: Novak Djokovic was angry all week before default, tactic backfires

Serena Williams breezes through to US Open third round

Schwartzman eases through, Shapovalov stunned by Simon
Novak Djokovic marks Jannik Sinner down as a future world No 1
Best News
Recent Posts
This website uses cookies to improve your user experience and to provide you with advertisements that are relevant to your interests. By continuing to browse the site you are agreeing to our use of cookies.Ok