Rafael Nadal has admitted he started horrendously in his Paris Masters win over Feliciano Lopez on Wednesday. The Spaniard lost the opening set but prevailed with a 4-6, 7-6, 6-4 victory. And he admitted he was satisfied with the result given how tricky the match was for him.

Nadal is looking to win the Paris Masters for the first time in his career, having last made the final back in 2007 – where he was beaten by Argentine David Nalbandian.

The 34-year-old’s match against Lopez got off to a bad start, with the 20-time Grand Slam winner losing the opening set.

However, he battled back to prevail and will now face Jordan Thompson in the round of 16 on Thursday (2pm).

And, speaking after the match, Nadal admitted he wasn’t at his best early on.

“I started the match the worst way possible, especially against a big server like Feli,” said the Spaniard. 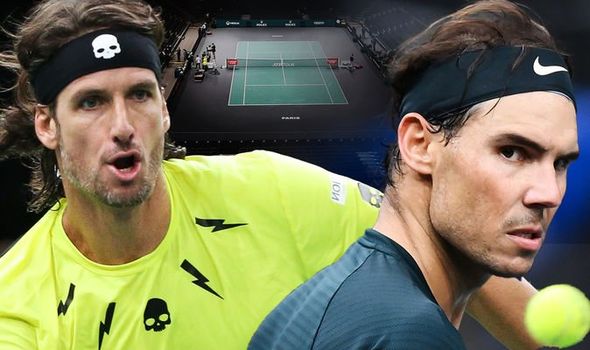 “After that I played under a lot of pressure the rest of the match, but I found a way.

“This victory is one that I am very proud of. The personal satisfaction sometimes is bigger when you win these kinds of matches than if you go on court and win 6-3, 6-3.”

Only three other men – Roger Federer, Jimmy Connors and Ivan Lendl – have ever achieved the feat.

And he joked afterwards that the negative of the win was that it shows he’s getting old, saying: “One negative thing about 1,000 wins is you are very old because to win 1,000 matches you need to have a very long career, but I am super happy. 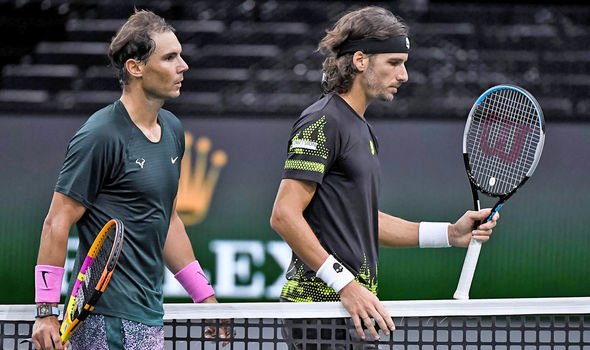 “It means I’ve done a lot of things right.

“I’m proud of a lot of things, but I faced some challenges in my career in terms of injuries.

He did, though, admit it was a special achievement.

“To achieve that number is because I have been playing well for a lot of years and is something that makes me feel happy,” he said.

“I know it is a very special number, 1,000. Even if it’s not the same to celebrate something like this without a crowd, I enjoy it with ATP, with the president of the French (Tennis) Federation, Guy Forget, supervisor and the ball boys.

“I enjoy it and just can say thanks to all of them to make this moment a little bit more special.”

Nadal has won 86 singles titles throughout his career so far.

He recently drew level with Federer on 20 Grand Slam titles, beating Novak Djokovic to win the French Open for the 13th time in October.

Zverev faces more domestic abuse claims by ex-girlfriend Sharypova
Nick Kyrgios reveals struggles after falling into depression on tour
Best News
Recent Posts
This website uses cookies to improve your user experience and to provide you with advertisements that are relevant to your interests. By continuing to browse the site you are agreeing to our use of cookies.Ok