John McEnroe has given his verdict on the Big Four before the French Open – and has claimed Novak Djokovic has a great chance of stopping Rafa Nadal equalling Roger Federer’s record of Grand Slam titles.

But the Eurosport analyst fears Andy Murray will be forced to quit if he does not return to 100% fitness within six months.

With Federer missing the claycourt Grand Slam after a double knee operation, Djokovic and Nadal are on collision course to meet in the final.

And wildcard Murray, now down at world No 111 in the rankings, has been drawn to face fellow three-time Grand Slam winner Stan Wawrinka in the first round today.

“You can’t put it past him to make a successful return next year because part of it is his love of the game and he just enjoys being out there so much. I don’t know what will happen if he doesn’t win as much as he does, presumably if it was me, I wouldn’t be enjoying it as much if I wasn’t winning but he is still legit in everyone’s minds two or three in the world, four in the world at the worst. So, we’ll see how it plays out.

“Presumably down in Australia, I guess that’s where he is probably going to come back, the courts suit him pretty well. I’m sure if he doesn’t feel like he’s capable of making a deep run, he’s not going to play, he’s no reason to, so I would presume he is going to be coming back at a high level but it’s just hard to imagine at 39 you could be as close to what you were, that would be extremely difficult to do.” 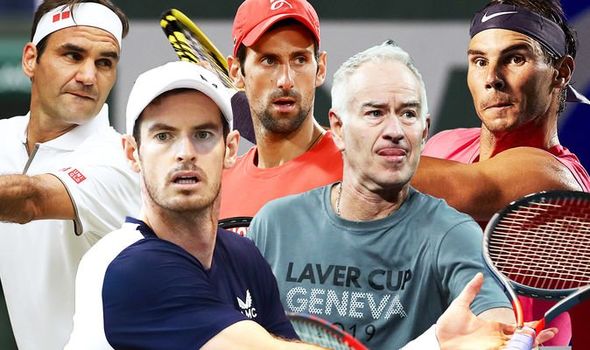 “I just think because of the situation, the world-wide pandemic, that makes him more vulnerable.

“I think Rafa is a player who likes to get some matches in under his belt and gets confidence from that so just because there’s been so little tennis, and then him choosing not to come to New York, obviously he has only played a couple of matches so that makes it more unpredictable.

“Presumably he would be less confident but he’s proven over and over in best of five sets at the French Open, that’s the toughest task of any player to beat him there so he’s still got that going for him.

“Obviously his US Open disqualification was an accident, it was a catastrophe for him. Novak sort of made history so it’s an opportunity that’s gone by the wayside because he was probably going to win the whole thing so it is a wasted chance but how he responded afterwards, he did absolutely the right thing so he set himself up, it’s him and Thiem and Rafa.

“I’m surprised that it doesn’t seem to have affected him that much and that’s shows a lot of strength of character. It’s like a one in a million, so it’s just unfortunate but I think, no, they didn’t have any choice at that time, unfortunately.

“I think he’s very thoughtful, he comes out and says that he wants to make history and be the best of the best, which is putting even more expectation on yourself but he’s embraced that. He’s a deep thinker, he’s continually trying to work on his game. He’s been able to break himself into the two all-time greatest players and be part of that mix where you decide maybe Novak will be the greatest.

“The fact that people can even say that with Roger and Rafa around shows you how amazing a player he is. He’s always been in the shadow in a way, trying to break into that mix. I respect that, I had that a little myself – Novak is a way better player than I was but I had the same thing with Connors and Borg and trying to get that respect and be thought of in the same way. He’s been able to do that, so that shows you a lot about his character.

“I rate Novak’s chances as highly as high as Rafa’s at the French Open, yes. Normally, you’d go with Rafa but at some point, I mean he’s won it 12 times, but it seems like he’s as well set up as he’s ever been.” 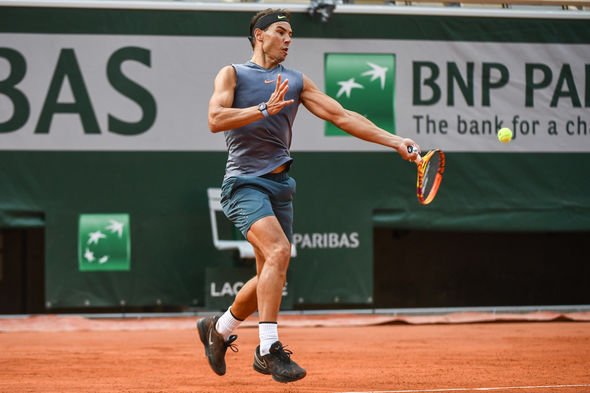 “I think his goal is to feel like he’s healthy and he can test himself. He proved at the US Open that he could go and play for a long time, he played four hours to beat Nishioka in the first round but then it looked like he was a bit spent. I don’t know whether it was physical or emotional.

“I’m not a doctor but if he stays at 80%, I don’t think you’ll see him play that much longer. But if he is in a process where the body is getting used to what it takes to go the distance, then I would think he could get back to the top ten.”

Serena Williams breezes through to US Open third round

Coronavirus and rain are raising fears of farce at the French Open
Evans suffers exit from the French Open after five-set Nishikori loss
Best News
Recent Posts
This website uses cookies to improve your user experience and to provide you with advertisements that are relevant to your interests. By continuing to browse the site you are agreeing to our use of cookies.Ok