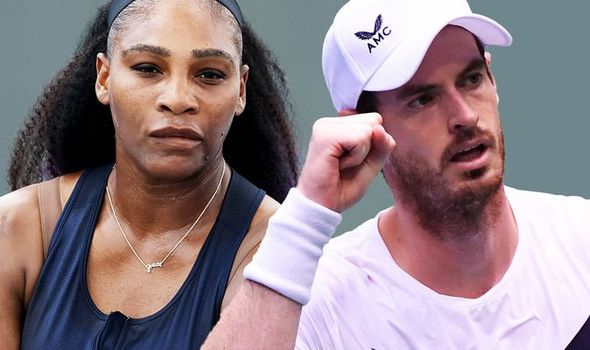 SERENA WILLIAMS has hailed the “grit” of her mixed doubles partner Andy Murray after the Scot fought his way into the second round of the US Open.

The six-time champion broke the record for wins in New York with her 102nd victory against Kristie Ahn.

But the American superstar’s achievement was overshadowed by the Scot’s epic comeback against Yoshihito Nishioka which delayed her entrance into the Arthur Ashe Stadium.

Williams, who played mixed doubles with Murray at Wimbledon last year, said: “Usually when you’re waiting for a match, someone is down two sets, you root for the person that’s ahead so you can get on the court and get off.

“I was rooting for Andy the whole time. I really wanted him to win. Gosh, when he was down in the third set, I was like, All right. I was just rooting for him so hard. 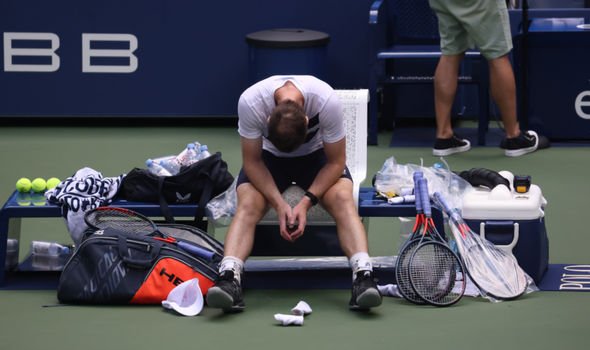 “I saw him give the racquet to his trainer. There’s Andy, he plans on playing five sets here (laughter). I was really happy for him.

“I love his grit. I’ve always loved that, way before we played doubles. I always said he reminds me a lot of myself. I’m just a big fan.

Williams saw off world No.96 Ahn 7-5 6-4 win to surpass the number of US Open wins she had shared with Chris Evert. But the achievement she really wants is a record-equalling 24th Grand Slam title.

“In a weird way I feel like every time I come here I’m being told I broke another record,” she said. “I felt like I had something last year. Maybe it was a tie for Chris Evert.

“But it’s cool. I don’t think I appreciate it enough, which is unfortunate. But I’m in the middle of a Grand Slam, so it’s not the time to be focused for me on records when I’m thinking about winning a tournament.”

Her sister Venus suffered her first ever opening round defeat at the US Open in her 22nd appearance as she went down 6-3, 7-5 to No.20 seed Karolina Muchova of the Czech Republic.

Williams, 40 said: “To be honest, I’m really happy with my game. I don’t think I played badly tonight. I just needed to start faster than what I did. I’m pretty happy with how I played. She just played a little better.

“I love this game. I’m good at what I do. It’s easy to stay motivated and excited about doing something so amazing. Not many people get to do this. I’m really fortunate and blessed to be someone who has gotten a chance to do it.”

Naomi Osaka completes a US Open campaign that had two aims

US Open: Alexander Zverev through to semi-finals in New York

Andy Murray buoyed by support during US Open comeback win
US Open: Angelique Kerber and Petra Kvitova into third round
Best News
Recent Posts
This website uses cookies to improve your user experience and to provide you with advertisements that are relevant to your interests. By continuing to browse the site you are agreeing to our use of cookies.Ok