The future of line judges is under threat, Andy Murray is NOT ready to give up yet and the tournament just isn’t the same without crowds… SEVEN things we learned at the US Open

This year’s US Open has been held amid very different circumstances due to the coronavirus pandemic but the US Tennis Association put on what passed superbly as an authentic Grand Slam.

The safety measures on show may see the long-term future of line judges thrown into doubt, with just 74 of them used at the tournament, and the absence of crowds at Flushing Meadows saw tennis notably suffer.

Sportsmail’s MIKE DICKSON takes a look at some of the things we have learned from this year’s tournament. 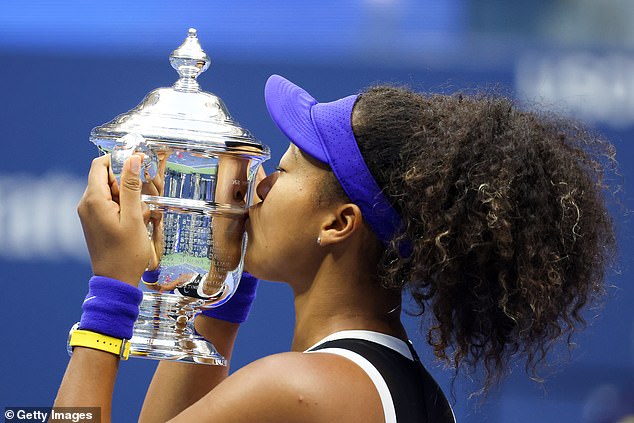 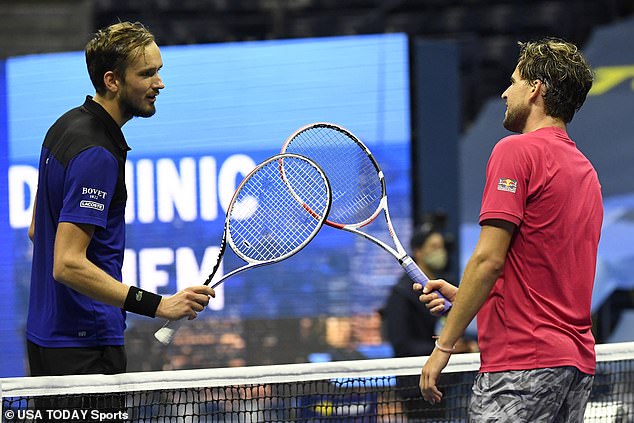 When Frenchman Benoit Paire tested positive on the eve of the tournament you feared chaos for the next two weeks. Yet the ‘bubble’ just about held under the most difficult of circumstances.

There were some draconian measures, conflicts with different health authorities and, as with all things Covid, some inconsistencies. A few of the affected players were right to feel aggrieved. Yet the challenge of trying to put on an event of such an international nature – keeping more than 300 players and their entourages safe, not to mention the army of officials and assorted staff – should not be underestimated.

They pulled off what passed for an authentic Grand Slam. Not a phrase that always gets trumpeted but here goes: ‘Well done to the US Tennis Association’. 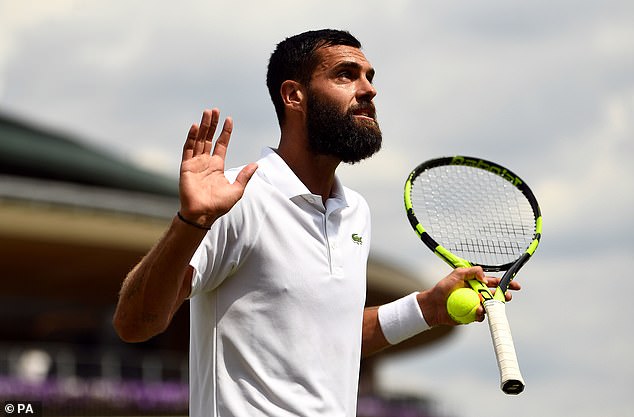 The long-term future of line judges is under threat

Covid protection measures saw fully automated line calling on the outside courts and only 74 line judges were used. One of them became a central part of l’affaire Djokovic.

There is, of course, greater accuracy using Hawkeye and the players naturally like that idea, although it is still capable of fractional misjudgements. Momentum will inevitably build to try and eliminate human error.

Yet the cost of this would be heavy. Tennis needs all the human element it can get in a highly competitive sports market, especially at a time when some of its most marketable names will soon be fading away. And what effect will it have on vital grass roots recruitment of officials, if the ladder to work at the biggest events is suddenly pulled away? 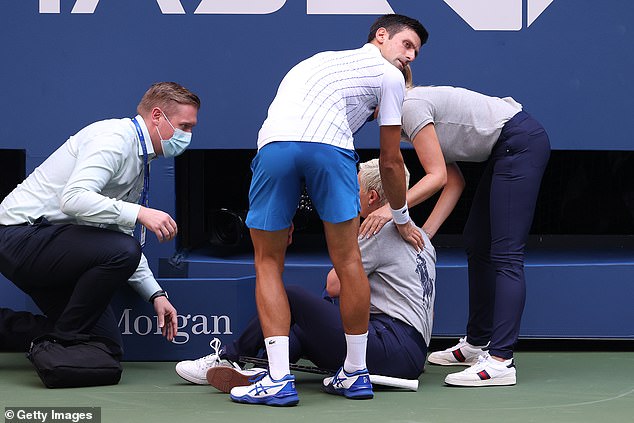 It is not the same without crowds

In the current sporting half-life that prevails nothing puts more of a dampener on watching than the absence of atmosphere. This is true of all sports, but tennis suffers more than most because the crowd is so often visible and very much part of the show.

There was the odd upside, such as being able to hear sounds and mutterings on court from the players that you are not used to. Microphones picking up the sound of Serena Williams’s heavy breathing after a long rally would be an example.

Yet so many times, during the many exciting contests that were played out, you were left wondering what it would have been like if a crowd had got involved. The fans are needed back as soon as possible. 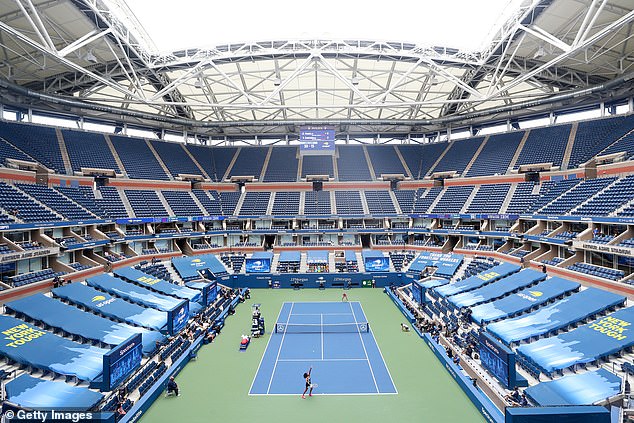 Tennis social media may be even more strange and unpleasant

Laura Clark woke up on the middle Sunday as a line judge nobody had ever heard of, but by Monday found herself subjected to a deluge of foul abuse via social media for her unwitting part in the disqualification of Novak Djokovic.

The viciousness among some fans of the Big Three on Twitter and the like has long been an unlikely phenomenon in a supposedly genteel sport, but this took it to a new level. According to some it was the media who were to blame, as if journalists worldwide should have agreed among themselves not to find out and identify someone at the centre of a major international sporting incident, to save her from the awful trolls.

The swift return of Djokovic at this week’s Italian Open and then the French Open means hostilities will doubtless soon commence again. 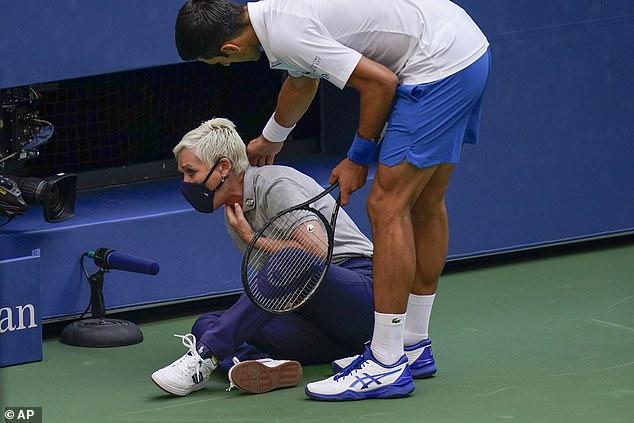 Andy Murray is not ready to give up

That Murray is a warrior cannot be classified as anything learned, as we have long since known that. Yet the way he refused to give up his first round in an empty stadium before winning through after more than four and a half hours shows the fire still burns.

We should be restrained in our expectations of him. He is already 33 and has a metal hip, and he was no match in the next round for the much younger Felix Auger Aliassime. But on grass next summer, which will be his most favourable environment, few will want to play him if he keeps body and soul together.

A strange fortnight for the British contingent, who started so brightly and then all fell in a heap, admittedly against some opponents who became inspired. 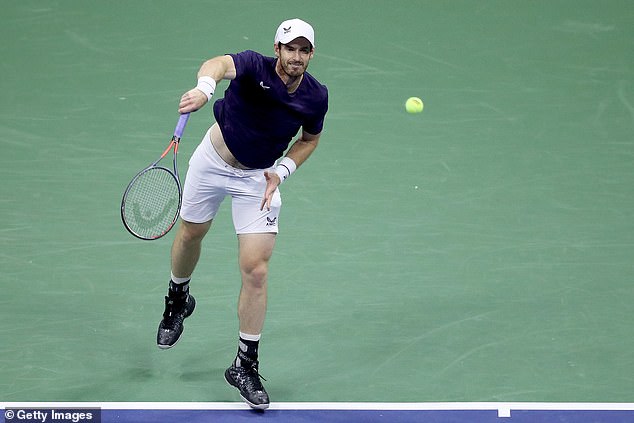 A strange divide in American tennis has opened up

It is sometimes said that tennis is in a desperate slump in the once all-powerful United States, but this is only true if you look at it through the prism of the male players.

Only one of their men’s representatives made the fourth round, Frances Tiafoe, and too many of them look mechanical in their games, over-reliant on the simplicity of a big serve and thumping forehand.

It is a completely different story with the women, and part of the credit for that belongs to the Williams sisters. Thirty one of the players in the women’s draw were from the host nation, and the sheer diversity and number of them shows the legacy the siblings are leaving behind them.

There are 18 in the top 100, and that does not include the eventual women’s champion, who was very much made in America. 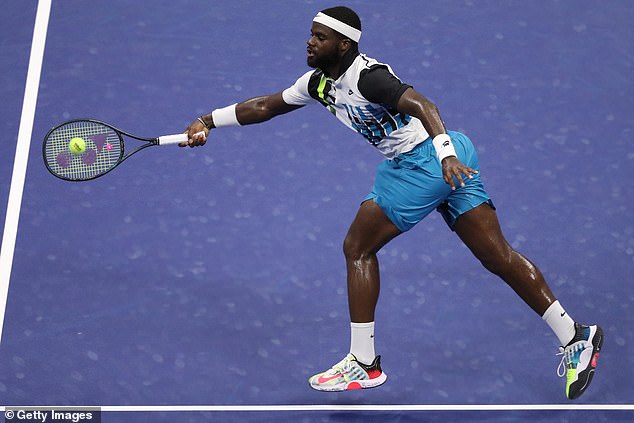 Only one of the United States’ men’s representatives, Frances Tiafoe, made the fourth round

Serena’s Grand Slam winning days are probably behind her

There were an awful lot of things running in Serena Williams’s favour here, not least that six of the top ten were absent.

The new Laykold surface laid on a court near her home; her scheduling was remarkably generous (five out of six day sessions, all on Arthur Ashe Stadium); she stayed in a private house, rather than the official hotel.

She will be 39 later this month, and her problems in dispatching lesser opponents were an issue. The depth in women’s tennis will ensure this continues to be the case, the sustained quality of Jo Konta’s 77th-ranked conqueror Sorana Cirstea was just one example. This might go down as her last serious chance to win number 24. 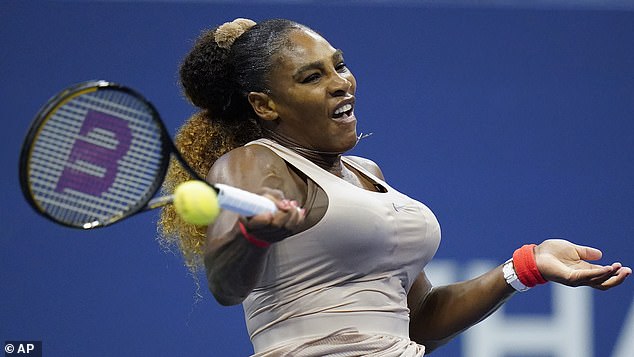 Dominic Thiem vs Alexander Zverev live stream free: How to watch US Open final for free
Alcott loses tight US Open wheelchair quad singles final
Best News
Recent Posts
This website uses cookies to improve your user experience and to provide you with advertisements that are relevant to your interests. By continuing to browse the site you are agreeing to our use of cookies.Ok