The strange world of Novak Djokovic under scrutiny like never before

Welcome to the strange world of Novak Djokovic, currently hunkered down in Belgrade – outside the transmission radius of Serbia’s first 5G station you might assume. A fortnight that had begun with biological impunity, basketball matches, nightclub visits and weathered cliches like “life goes on” ended in infamy on Sunday when the Adria Tour was cancelled after four people tested positive for coronavirus. After returning home without comment, in possibly the least surprising news of the pandemic, Djokovic and his wife, Jelena, confirmed that they too had contracted Covid-19 on Tuesday – and, with that, the comic nature of his conspiracies quickly lost their humour.

While the first thoughts will rightly be with Djokovic and his family’s health – after he too expressed his sorriness to all those affected at the event – many will hold few sympathies for a man they’ve seen become a victim of his own negligence. His lockdown has, in both a public health and PR sense, been a chain of thermonuclear reactions, encompassing anti-vaccination, breaching guidelines in Spain, and his wife’s promotion of a theory linking 5G to the coronavirus outbreak.

Of course, these are hardly revelations. Djokovic’s unorthodox world view and scepticism of societal norms have been advertised, and self-promoted, for several years. After all, it was in his own book, Serve to Win, that he detailed the moment his transformative gluten-free diet began in 2010, when he self-diagnosed a celiac allergy by pressing a slice of bread against his abdomen. From the tyranny of multi-grains, his beliefs span into the realms of telepathy and telekinesis, levitation and a “higher source”. Only recently, on an Instagram Live chat with Chervin Jafarieh, founder of Cymbiotika, a wellness brand selling non-FDA approved potions for £30-a-pop, Djokovic claimed the “power of prayer” could purify polluted water and that sour dinner conversation threatens to strip foods of their nutrients.

To the vast majority, it is a case of either extreme spirituality or the conspiracies of an unsound mind. The type of theories readily peddled by those who believe the Hadron Collider will blow open the gates of hell. The difference now, though, being that Djokovic’s beliefs have, perhaps for the first time, bled into very real, tangible harm. A few weeks ago, Dr Predrag Kon, a senior epidemiologist in Serbia’s efforts to contain the virus, publicly criticised the impact of Djokovic’s “conceptions” as a global icon. Djokovic’s own fitness trainer, Marko Paniki, was one of the first to be infected during the Adria Tour.

But the obligatory caveat in all of this is that, by definition, Djokovic is a genius of his field, and certainly no jester. He is, by most measures, wildly intelligent, a deep-thinker, and commands the respect of his fellow players as the head of the ATP’s players’ union. Barring any unforeseen catastrophe – or 5G-mast sparked extinction – he will inevitably become the most successful player in men’s history. Clearly, these are not just the theories or paranoias reflected in a tin-foil hat. 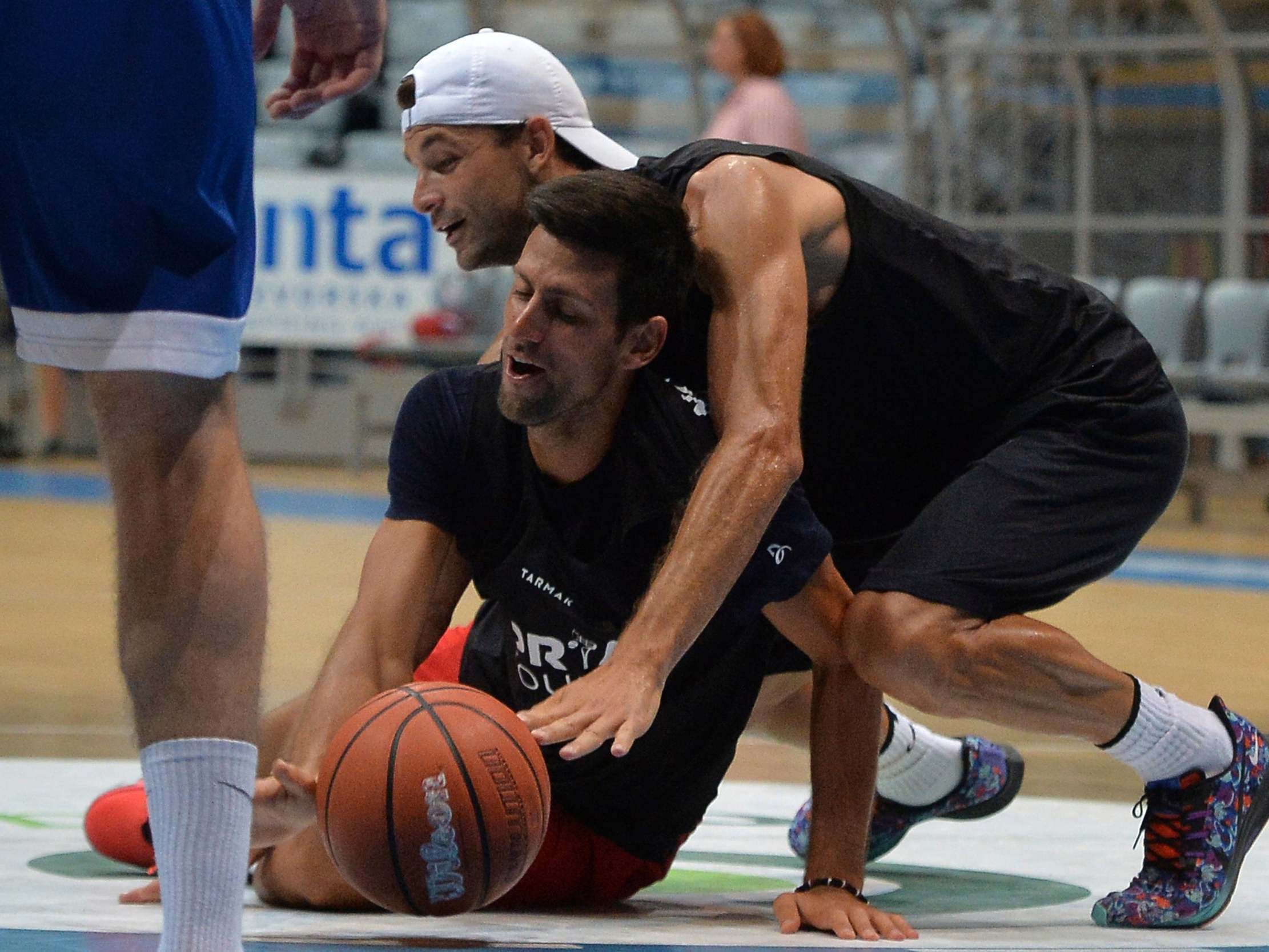 Perhaps, then, the point is what proportion are genuine, obstinate beliefs, and what are actually confected and contrived – an innate suspicion of convention that has been moulded into a competitive edge; the us against them mentality that’s enabled him to best harness his talent and become one of the greatest sportsmen in modern history.

In the past, Djokovic has often spoken about coping mechanisms and the value of “mental strength” – to comprehend his childhood in war-torn ex-Yugoslavia, to handle the burden of being a child prodigy and the extremes of junior tennis, and all the rigour and discipline that his career has entailed ever since. During that time, he’s formed his own perspectives and built his own walls to the outside world in pursuit of a singular objective. When those opinions he’s gathered along the way are rejected or trivialised, it only serves to entrench them deeper, to become even more stubborn

Take the surgery saga of 2017, when Djokovic insisted a persistent elbow injury should be treated by holistic methods. After eventually resigning himself to surgery, he claimed he “cried for three days straight”. In his eyes, by letting the will of the outside world triumph over his own, he’d “failed”. His anti-vaccination stance is another tangent of that.

It’s easy to see how those traits have transferred into Djokovic’s tennis, too, particularly when he is backed into a corner. In the third-round at Wimbledon 2018, for example, when he was jeered by Centre Court after receiving a time violation against home favourite Kyle Edmund. He became consumed by a visceral anger, blowing kisses to the crowd, and barely let down his guard until he clinched a fourth title eight days later. As the irrepressible third-wheel to Roger Federer and Rafael Nadal, he has perennially been cast as the villain. After winning last year’s final, he admitted to training his mind to hear “Novak, Novak” when the crowd chanted Federer’s name.

So while it’s easy to scoff and discredit Djokovic’s way of thinking, it’s also an inextricable part of his psychological make-up, a fundamental circuit in the system that hardwires his character and ability. These past weeks, and now those to come, will be an uncomfortable reckoning for all those foundations. To put up guards or let them fall. For the player who sits atop tennis’s peak, the ground beneath him will never have come under such scrutiny.

Kyrgios calls out Djokovic’s ‘stupidity’
Djokovic apologises for staging tournament and urges attendees to get tested
Best News
Recent Posts
This website uses cookies to improve your user experience and to provide you with advertisements that are relevant to your interests. By continuing to browse the site you are agreeing to our use of cookies.Ok