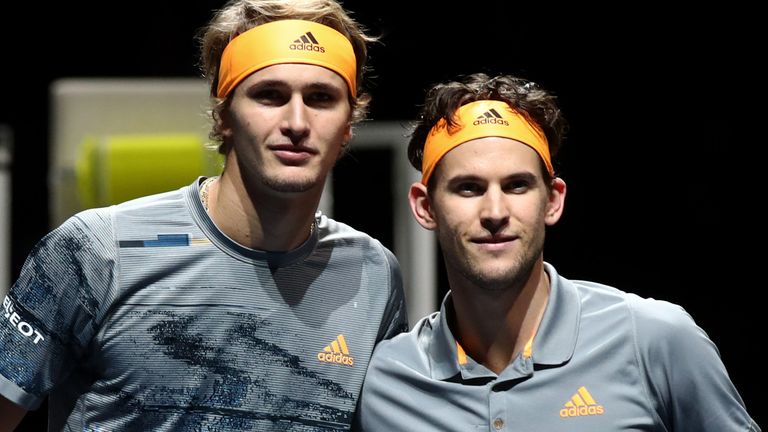 Amid a long-running era of dominance from tennis’ Big Three, Dominic Thiem has enhanced his reputation in the men’s game as a three-time Grand Slam runner-up but Sunday’s US Open final against first-time finalist Alexander Zverev represents a chance he will be desperate to seize.

For the first time since the 2016 US Open, a Grand Slam men’s singles tournament will finish without Roger Federer, Rafael Nadal or Novak Djokovic as the champion. Thiem knows only too well how seemingly unbeatable the trio have appeared at tennis’ top table.

Thiem, the second seed from Austria, suffered an agonising five-set defeat to Djokovic at the Australian Open in January, which followed losses to Rafael Nadal in both the 2019 and 2018 French Open finals.

The 27-year-old was in a relaxed mood – understandably so after his high-quality straight sets win against last year’s US Open finalist Daniil Medvedev – if not a determined one, as he joked how his Grand Slam record in finals could soon resemble that of former world No 1 Andy Murray.

Murray won his first Grand Slam at the fifth attempt, emulating his then coach Ivan Lendl, at the 2012 US Open and has since added two titles at Wimbledon during arguably the greatest era of men’s tennis to ensure he will be remembered as one of the sport’s greatest.

Dominic Thiem’s route to the US Open final

Thiem added: “It’s the biggest goal and the biggest dream I’ve had in my tennis career for a few years, since the moment I realised that maybe I can make it one day and especially since I played [my] first final at 2018 Roland Garros.

“It was really tough to digest that loss in Australia as I was super close. I’m happy that in a pretty short time, I gave myself another chance with this win today [and] with the final on Sunday.” 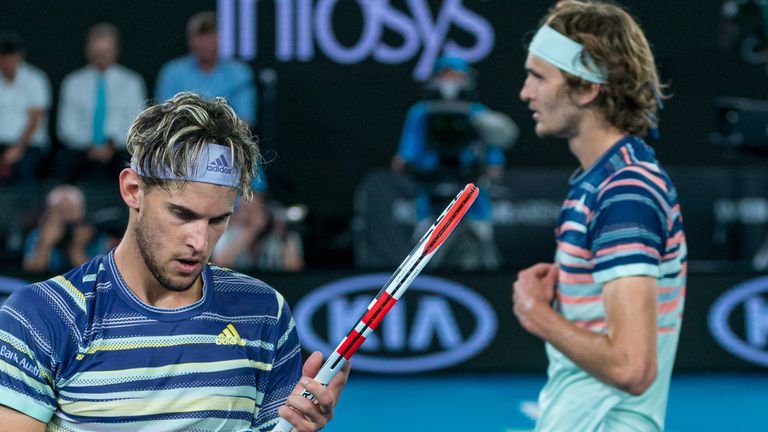 “Of course, it’s pressure for me. At the same time, I try not to think too much about it. If it’s not going to happen on Sunday, I have to continue working and maybe get the chance at another Slam. [But] the chance is now… I’ll try everything to make it.”

Thiem will face a familiar adversary from the ATP Tour in Sunday’s showpiece in Zverev, who four years his junior has long been viewed as a future major winner.

Zverev surged back from two sets down for the first time in his career to beat Pablo Carreno Busta, who had been the beneficiary of Djokovic’s default in the fourth round, to demonstrate a resolve which has often been lacking on the biggest stage.

Alexander Zverev’s route to the US Open final

The German, seeded fifth at Flushing Meadows, has lost his three previous Grand Slam meetings with Thiem, including an absorbing four-set defeat at the start of the year in Australia in his first major semi-final appearance.

However, his victory against Thiem at last year’s ATP Finals – his biggest triumph to date – should offer reason for optimism ahead as he seeks to make his 6ft 6in presence count in the empty surroundings on Arthur Ashe Stadium.

Both finalists are bidding to also become the first maiden men’s singles Grand Slam champion since Marin Cilic triumphed at the US Open in 2014.

“There’s still one more step to go. For me, I think it’s going to be extremely difficult,” Zverev said. “We played an epic in Australia.

Zverev rallies to reach US Open final in five sets

US Open champion and activist Naomi Osaka on how coronavirus pause affected her
Dominic Thiem vs Alexander Zverev live stream free: How to watch US Open final for free
Best News
Recent Posts
This website uses cookies to improve your user experience and to provide you with advertisements that are relevant to your interests. By continuing to browse the site you are agreeing to our use of cookies.Ok