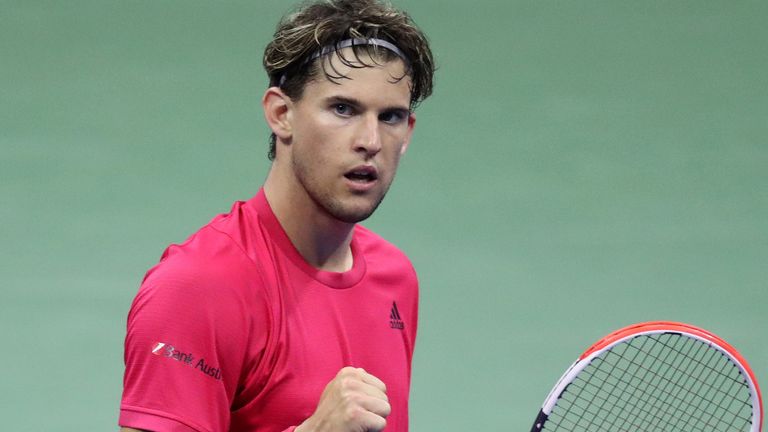 Dominic Thiem proved why he is the main challenger to Novak Djokovic at the US Open by defeating former champion Marin Cilic in the third round.

The second seed is hoping to finally get his hands on a grand slam title after three final defeats, including one to Djokovic in the Australian Open in January.

Djokovic looks highly likely to be waiting for Thiem in the final if the Austrian can get that far and he will be eyeing his chance after taking out the 2014 champion Cilic 6-2 6-2 3-6 6-3.

When you start pushing 30 and all of a sudden everyone else seems so much younger… 😆@ThiemDomi #USOpen pic.twitter.com/utggKWVZed

“I am much happier, not 100 per cent yet, I still have to raise my level if I want to go deeper, especially in the next round,” Thiem said of his game.

“Normally I am capable of doing this in the slams. I am not 100 per cent happy with the way I am playing yet. Today was a good win against a great champion and a good player and that should give me a boost.” Next up for the Austrian is Andy Murray’s conqueror Felix Auger-Aliassime, who continues to look imperious.

Auger-Aliassime may still be baby-faced but he is determined to show a killer instinct on court.

“I’m here to impose myself,” he said. “Outside the court I’m a pretty kind person but once I step on court, it’s the best man that wins.

US Open 2020: Having ‘Serena’ on your back always makes you a target, Williams says
Brady maintains sets streak en route to quarters
Best News
Recent Posts
This website uses cookies to improve your user experience and to provide you with advertisements that are relevant to your interests. By continuing to browse the site you are agreeing to our use of cookies.Ok