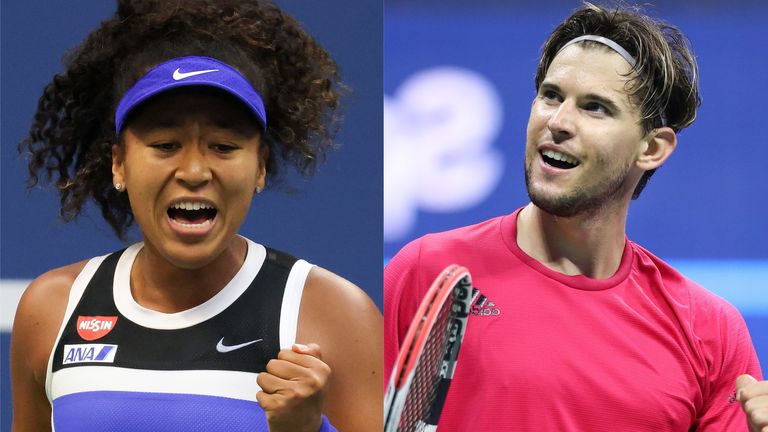 Despite pre-tournament scepticism over the absence of several leading players, the achievements of Dominic Thiem and Naomi Osaka at the US Open should not be diminished.

The second Grand Slam of the season – played amid empty stands at Flushing Meadows – has crowned two worthy victors. Their titles should not have an asterisk associated to them, as was debated in the run-up.

Yes, the absences of defending champions from both the men’s and women’s singles draws in Rafael Nadal and Bianca Andreescu were far from ideal for the tournament organisers.

Yet the fields, also deprived of Roger Federer, Stan Wawrinka, Ashleigh Barty and Simona Halep among others due to a combination of concerns about travelling during the coronavirus pandemic and injuries, still generated plenty of intrigue as the sport continues to emerge from its shutdown.

Serena Williams was once again thwarted in her quest for a 24th Grand Slam singles title, while Novak Djokovic suffered the rare ignominy of being defaulted. 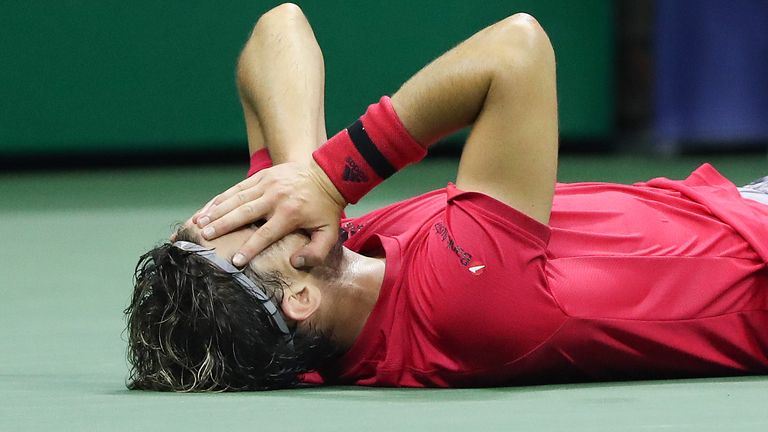 At the end of the fortnight in New York, three weeks if you include the Western & Southern Open, it is easy to forget that the staging of tennis, albeit under unfamiliar circumstances due to the Covid-19 health protocols is better than no tennis at all, right?

Here are our major talking points from the US Open…

Thiem no longer the ‘nearly man’ Dominic Thiem is finally a Grand Slam singles champion. It was surely always a case of when, not if, for the Austrian.

Three previous Grand Slam final defeats against Nadal and Djokovic, two members of arguably the greatest era of the men’s game, made him bide his time for his chance. And how he needed all his willpower to seize his opportunity.

The 27-year-old recovered from two sets to love down to eventually beat first-time finalist Alexander Zverev, another player who has long been earmarked as a future star, in a fifth-set tie-break to become the sport’s first new Grand Slam champion since Marin Cilic clinched the title in New York in 2014. 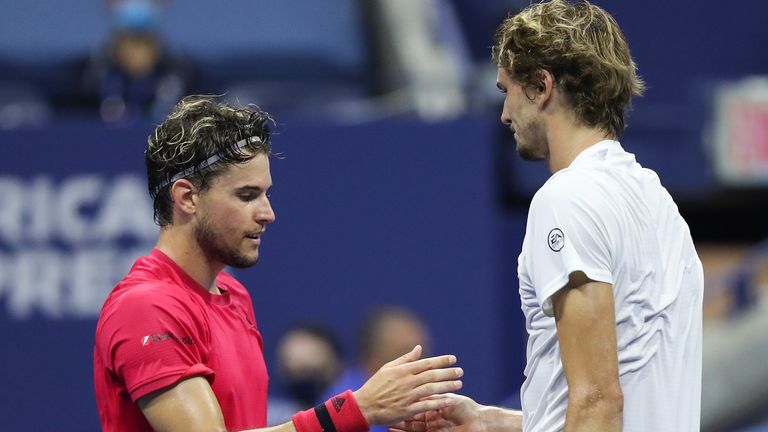 With the French Open – the scene of two of his previous major final defeats – just weeks away, who is to say he couldn’t yet spring a surprise and challenge for back-to-back titles, fitness permitting.

But don’t think this is the end for tennis’ Big Three.

Osaka proves to be a champion on and off the court 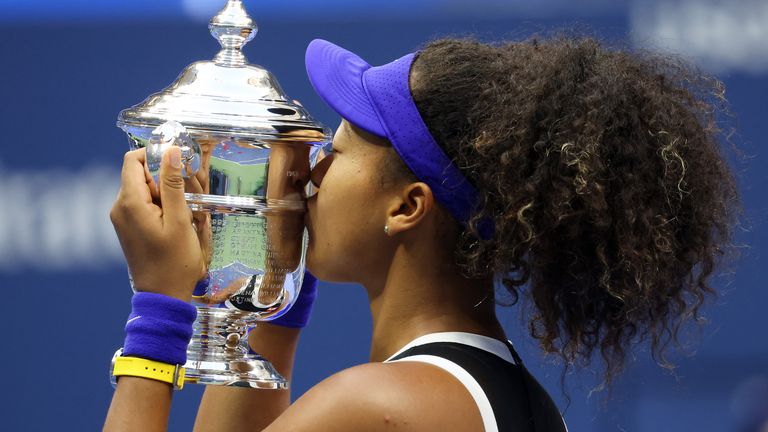 Naomi Osaka deserves huge credit for her determination to use her worldwide standing as an elite athlete to highlight racial injustice and police brutality.

The Japanese player walked onto court for each of the seven matches in her title run with masks bearing the names of Black people killed by police and civilians.

Amid this public display of solidarity, she has demonstrated a growing maturity and awareness of her own fortitude to achieve success on one of the sport’s biggest stages. Her victory against Victoria Azarenka in Saturday’s final was her third Grand Slam singles title and she is only 22 years old.

Even if the showpiece was played in a near-empty Arthur Ashe Stadium her actions both on and off the court will have been seen by a worldwide audience. 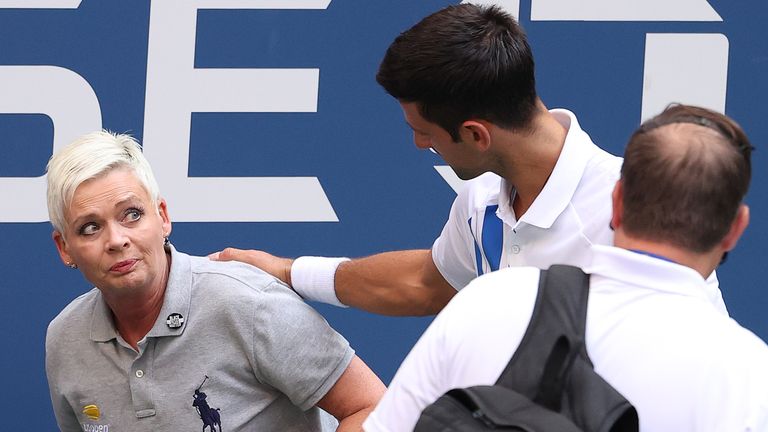 World No 1 Djokovic will win another Grand Slam, of that there is no doubt. But he left New York having learnt a harsh lesson, following his disqualification for inadvertently hitting a line judge with a ball.

He has been close to a similar fate before, but his lack of composure has hurt him dear again in his pursuit of success.

After winning the Australian Open in January to claim his 17th Grand Slam success, the Serb might have felt 2020 could be the year he would gain ground on Federer (20) and Nadal (19).

But he will now be out to stop Nadal drawing level with the injured Federer at what is the Spaniard’s second home – Roland Garros, hopefully for his sake without any of the drama he has been through in New York. 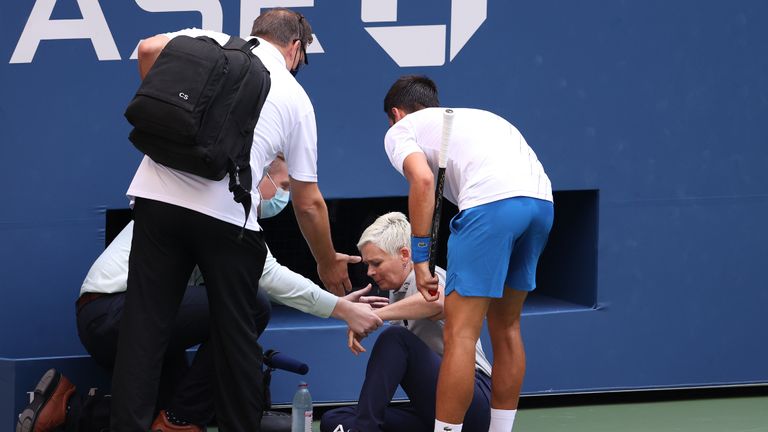 Mum’s the word as ‘Band of Mothers’ impress Parenthood usually provides a new perspective on an athlete’s career. To make a success of combining their respective challenges is no mean feat.

The “working mothers” narrative has come to dominate this year’s US Open, with Williams, Azarenka and Tsvetana Pironkova all progressing to the quarter-finals at least. They were among a cluster of nine mums who featured in the women’s singles field.

Unranked Bulgarian Pironkova, playing in her first tournament in three years after the birth of her first child, was the surprise package, beating two-time Grand Slam champion Garbine Muguruza along the way.

It would be no surprise if Belgium’s Kim Clijsters and Australian duo Evonne Goolagong and Margaret Court soon had company as the only women to have won Grand Slam singles titles in the Open era after having children. “I was ready to stop,” Azarenka said of her tennis career in her post-match press conference after her defeat to Osaka on Saturday.

The Belarusian former world No 1 did not touch her racket for five months and had no intention of playing in this tournament had her family situation not been resolved. The 31-year-old has been through a lengthy custody battle and came out the other side with renewed perspective of her desire to still achieve things on the biggest stages of the sport.

“What kept me in the game was my desire to go after what I want and that is pretty much it,” she added.

Victory at the Western & Southern Open – her first title since she gave birth to son Leo in late 2016 – followed by her run to the New York showpiece suggests there is every reason to believe she can go on to add to her two prior Grand Slam singles titles.

Serena falls short in pursuit of Grand Slam No 24 … again! 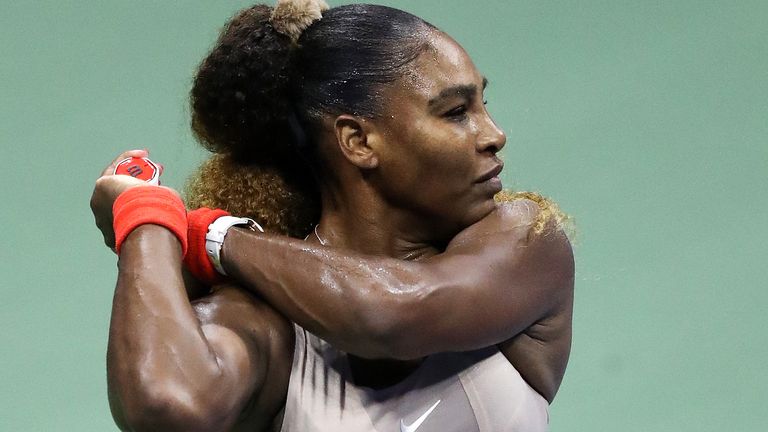 Just how many more chances are left for Serena Williams to reach 24 Grand Slam titles? You suspect not many, even if she has indicated she will make the trip to Europe for the French Open.

The absence of six of the top 10 women provided a great opportunity for the American to match Margaret Court’s tally of major titles. But in Azarenka, she came up against too resilient an opponent while an Achilles injury also proved troublesome. 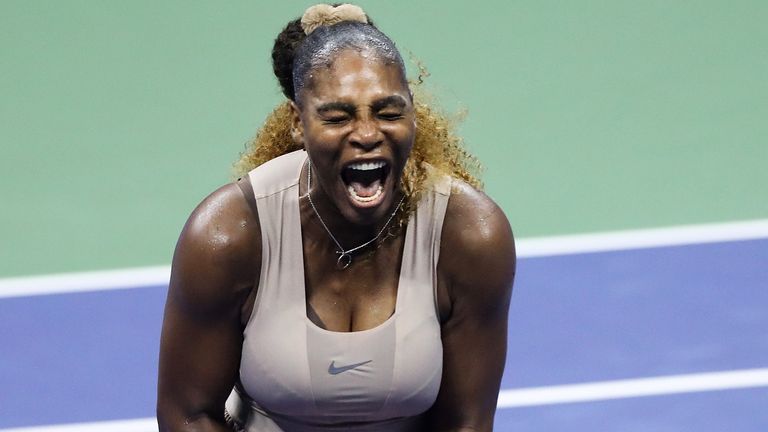 Williams, who will turn 39 on the eve of the rescheduled French Open, has not progressed past the fourth round on her past two visits.

Having not won a major since the 2017 Australian Open, when she was eight weeks pregnant, the fact Williams is still going deep at majors should offer encouragement that she will fulfil her burning desire to equal, and even better, Court’s record. Andy Murray admitted winning another Grand Slam will be “extremely difficult”, following his second-round defeat to Felix Auger-Aliassime in straight sets, but he will still “shoot for the stars”.

“I feel like I’m back at square one, having not played in slams for a few years,” the three-time Grand Slam champion said.

“I need to build up my body and my physical conditioning so that I have the ability to back up five-set matches. That takes a bit of time, unfortunately.” 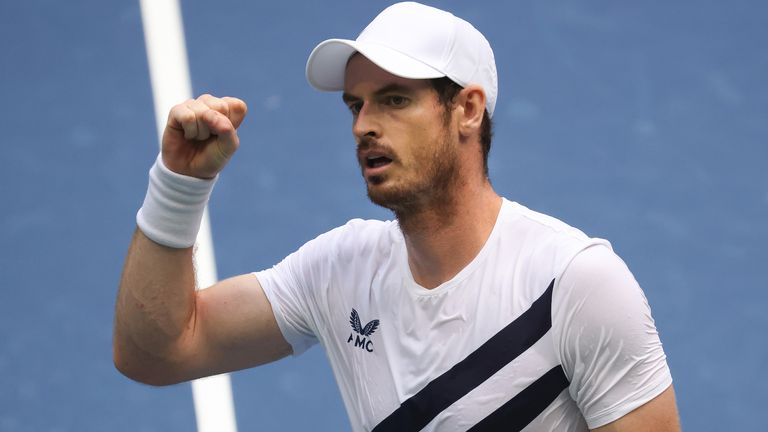 The 33-year-old will now turn his attention to the French Open and see if he can’t continue to defy expectations, having won two matches at the Western and Southern Open before coming from two sets and a break down to overcome Yoshihito Nishioka in the US Open first round.

Novak Djokovic sends message to Thiem and Zverev after epic US Open final
Dominic Thiem achieves ‘life goal’ by winning US Open title against Alexander Zverev
Best News
Recent Posts
This website uses cookies to improve your user experience and to provide you with advertisements that are relevant to your interests. By continuing to browse the site you are agreeing to our use of cookies.Ok